SIR ANTHONY HOPKINS has become the oldest actor to win the Oscar for Best Actor nod for his role in 'THE FATHER'. 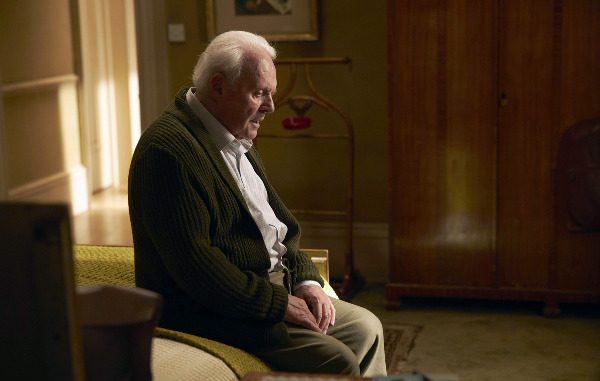 There were some surprising wins at the 93rd Academy Awards (25 April 2021) and some expected ones, but one of the most notable awards went to Sir Anthony Hopkins. He won the Best Actor Oscar for his role in ‘The Father‘, and he is also the oldest actor to pick up a gong in this category.

Although he didn’t attend the ceremony in Los Angeles, nor the BFI Southbank event in London (UK), he did manage to give an acceptance speech from the comfort of the glorious surroundings of his Wales homeland. In his short speech, Hopkins spoke of his own surprise of winning his second Oscar and he paid tribute to Chadwick Boseman, who “was taken from us far too early“.

Yuh-Jung Youn was also given Best Supporting Actress nod – the first South Korean actress to win an Oscar, for her role as the grandmother in Korean-American family drama ‘Minari‘.

While the winners list appears to be a tad more diverse than previous years, it is clear to see that this is only a continuation of the journey, for the Academy of Motion Picture Arts and Sciences, to equally recognise talent from all genders, race, sexuality etc. I’m sure we will all look forward to award ceremonies that provide fair recognition of talent.

ACTRESS IN A LEADING ROLE

ACTOR IN A LEADING ROLE

ACTRESS IN A SUPPORTING ROLE

ACTOR IN A SUPPORTING ROLE

“Fight For You” from ‘Judas and the Black Messiah’ — Winner
“Hear My Voice” from ‘The Trial of the Chicago 7’
“Husavik” from ‘Eurovision Song Contest: The Story of Fire Saga’
“lo Sì (Seen)” from ‘The Life Ahead (La Vita Davanti a Se)’
“Speak Now” from ‘One Night in Miami…’

‘Soul’ — Winner
‘Onward’
‘Over the Moon’
‘A Shaun the Sheep Movie: Farmageddon’
‘Wolfwalkers’

Ed is an entertainment news writer, and founder of TOMORROW'S NEWS. He always keeps a watchful eye on who and what's trending in the entertainment world. His articles focus on tomorrow's news today, including celebrity news, film news, music news and so much more!
NEWER POSTFEATURE: Will HE-MAN Ever Get A Reboot?
OLDER POSTTHOMAS KRETSCHMANN Joins INDIANA JONES 5 Cast