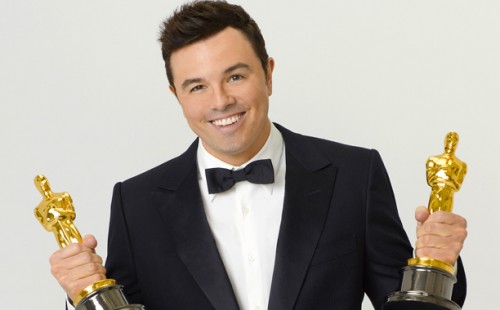 It was a night filled with surprising wins, and OSCAR history was made when Daniel Day-Lewis became the first actor to win three times in the Best Lead Actor category!

The 85th Annual Academy Awards was hosted by Seth MacFarlane, who not only helped to provide some all-singing and all-dancing entertainment, but there were some other great performances by Barbra Streisand, Shirley Bassey and of course the wonderful Adele giving her first live performance of her Oscar-nominated theme song to the hit James Bond movie ‘SKYFALL‘.

With all the fabulous entertainers and hosts, the focus is of course on the awards and ‘LIFE of PI‘ topped the winners list with four OSCARS, including Best Director and Best Original Score. The Best Picture prize went to ‘ARGO‘ and Best Actress went to Jennifer Lawrence, and the Best Supporting Actor gong went to Christoph Waltz. No surprises in the Best Supporting Actress category, as this went to the very deserving Anne Hathaway, and ADELE is taking home her first OSCAR from the Best Song category!

So whilst the parties still continue, and the hangovers begin to torment the winners and losers of the night, here is the full winners list!

Ed is an entertainment news writer, and founder of TOMORROW'S NEWS. He always keeps a watchful eye on who and what's trending in the entertainment world. His articles focus on tomorrow's news today, including celebrity news, film news, music news and so much more!
NEWER POSTWIN: BEN AFFLECK’s ‘ARGO’ on DVD!
OLDER POSTLGBT Charity ELOP Hosting A Fundraising Night Of Comedy!