The Complete JAMES BOND BLU-RAY Box Set Due For Release! 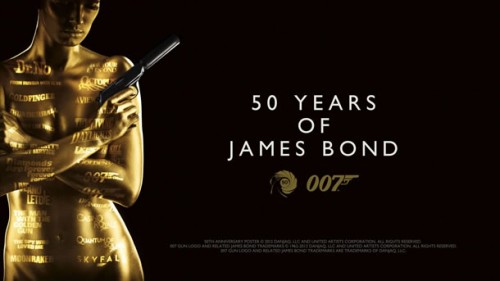 Fifty years of Bond have been neatly packaged into one cool, sleek collectable box-set featuring all six iconic James Bond actors. Produced using the highest possible picture quality and audio presentation, the collection includes all 22 James Bond feature films from ‘Dr. No‘ to ‘Quantum of Solace‘ and more than 130 hours of bonus features including some brand new and exclusive content.

“We have a whole programme of exciting activities planned for our 50th anniversary year, beginning with today’s announcement, by Fox, of the release of all 22 films on Blu-ray for the very first time.

“We are also delighted that Fox has unveiled a specially designed anniversary poster which we hope the fans will love as much as we do. Our website, 007.com will be regularly updated with all the latest anniversary news and events.” 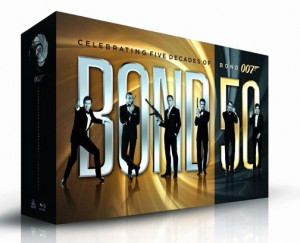 Fans around the world can pre-order now with participating online stores, before its actual release on the 1st October, 2012!

Ed is an entertainment news writer, and founder of TOMORROW'S NEWS. He always keeps a watchful eye on who and what's trending in the entertainment world. His articles focus on tomorrow's news today, including celebrity news, film news, music news and so much more!
NEWER POSTHPFA To Censor GERVAIS Before The GOLDEN GLOBES?
OLDER POSTTHE IRON LADY – Review