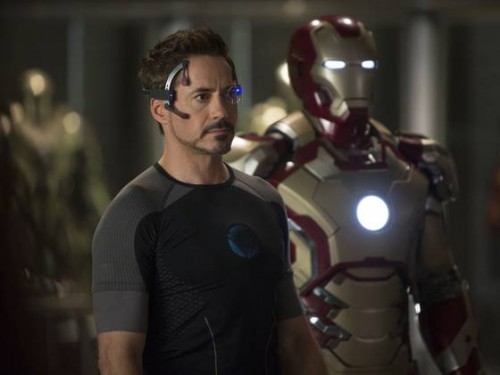 The first full trailer for Marvel Studios‘ ‘Iron Man 3‘ has landed, and you can watch it below!

The third superhero movie in the franchise, which will be released in Digital 3D and RealD on the 3rd May 2013, sees the return of Robert Downey Jr, Gwyneth Paltrow, and Don Cheadle, and is helmed by Shane Black (who also wrote the screenplay with Drew Pearce).

Will it be any better than the first two?

Ed is an entertainment news writer, and founder of TOMORROW'S NEWS. He always keeps a watchful eye on who and what's trending in the entertainment world. His articles focus on tomorrow's news today, including celebrity news, film news, music news and so much more!
NEWER POSTSKYFALL – Review
OLDER POSTWant To See A Sneak Preview Of IRON MAN 3?