Want To See A Sneak Preview Of IRON MAN 3? 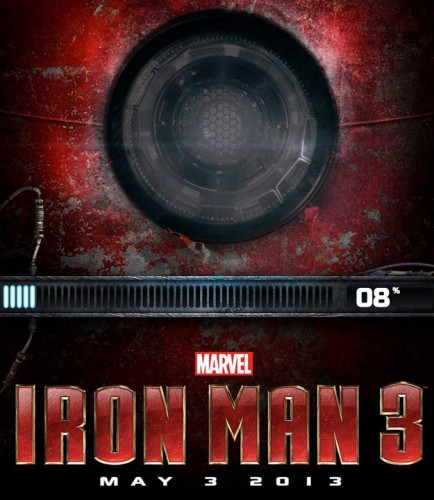 Well, do you? Fans who are eager to see an early sneak preview of Shane Black‘s ‘Iron Man 3‘ need to add their LIKES to achieve the reveal!

Walt Disney Pictures and Marvel Studios released the above image of Tony Stark‘s armor which, with every click, “charges” a little bit more. Once it reaches 100%, we’ll all be able to see a new video from the movie – due for release on the 3rd May, 2013.

Ed is an entertainment news writer, and founder of TOMORROW'S NEWS. He always keeps a watchful eye on who and what's trending in the entertainment world. His articles focus on tomorrow's news today, including celebrity news, film news, music news and so much more!
NEWER POSTIRON MAN 3 – Watch The First Full Trailer!
OLDER POSTLEE DANIELS To Direct AMY ADAMS In JANIS JOPLIN Biopic?