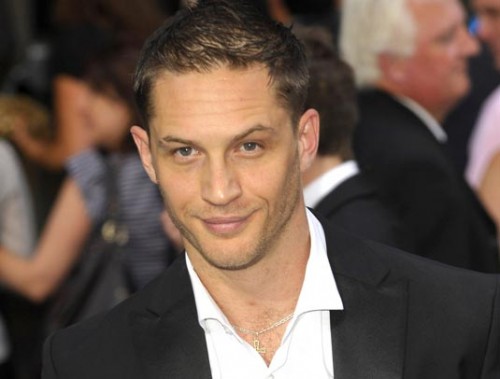 The movie and TV division of Ubisoft will develop the project alongside New Regency, with ‘Dark Knight Rises‘ star Tom Hardy in the lead and ‘The International‘ scribe Eric Warren Singer attached to pen the script.

For those not familiar with the Splinter Cell, this award-winning game has a huge following all-over the world, and has sold whopping 23 million copies since it’s debut in 2002. The story of the game follows protagonist Sam Fisher, a highly-trained special operative in a fictional black-ops sub-division, Echelon. Fisher and the agents of Echelon utilize combat skills, weapons and cutting-edge gadgets to neutralize international terrorist threats and rogue forces in modern, realistic stories ripped from the headlines. Development for the next installment, Tom Clancy’s ‘Splinter Cell‘ Blacklist, is set for release in Spring 2013.

“With actor Tom Hardy attached and screenwriter Eric Warren Singer to write the script, Ubisoft Motion Pictures will lead the development with the support of New Regency to bring the franchise to the big screen in a dynamic way.

“For Ubisoft Motion Pictures, creative control is key and New Regency shares our commitment to respecting the creative freedom of our team. Their ability to produce both blockbusters and intriguing indie hits is an ideal fit for the Splinter Cell franchise.”

“We could not be happier to be teaming up with our friends at Ubisoft Motion Pictures on yet another truly iconic title. With a movie star like Tom Hardy in place and a gifted writer such as Eric Warren Singer penning the screenplay, we know the fans will not be let down.”

The two companies have been working developing a movie version of the hit game ‘Assassin’s Creed‘ film, and a 78 seven-minute CGI ‘Rabbids‘ TV series.

Ed is an entertainment news writer, and founder of TOMORROW'S NEWS. He always keeps a watchful eye on who and what's trending in the entertainment world. His articles focus on tomorrow's news today, including celebrity news, film news, music news and so much more!
NEWER POSTNICOLAS WINDING REFN To Helm THE EQUALIZER Remake!
OLDER POSTROBERT ZEMECKIS Exits The YELLOW SUBMARINE Remake!