EMILY BLUNT In Talks For BATMAN VS SUPERMAN Role? 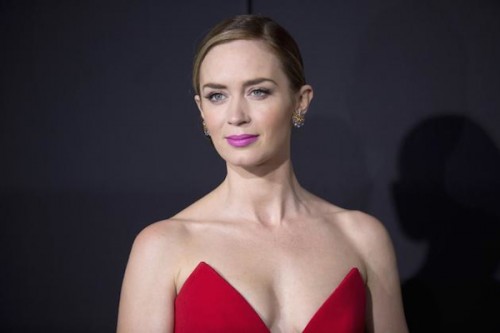 Emily Blunt is apparently in talks to join the star-studded cast of ‘Batman Vs. Superman: Dawn of Justice‘!

The British actress, who starred in her first action film ‘Edge of Tomorrow‘, released in the U.S. on the 6th June 2014, has been linked to a new role in sequel to ‘Man of Steel‘.

Although there have been no concrete details of what her role is likely to be, tongues are wagging among some bloggers who have suggested she is in the running to play Catwoman.

If she this turns out to be true, she could join a cast that includes Henry Cavill, Ben Affleck, Diane Lane, Gal Gadot, Jesse Eisenberg, Jeremy Irons and Amy Adams.

If Catwoman does feature in this movie, the question we have is why didn’t Anne Hathaway reprise her feline role from ‘The Dark Knight Rises‘?

Ed is an entertainment news writer, and founder of TOMORROW'S NEWS. He always keeps a watchful eye on who and what's trending in the entertainment world. His articles focus on tomorrow's news today, including celebrity news, film news, music news and so much more!
NEWER POSTDON CHEADLE Crowd-Funding His MILES DAVIS Biopic!
OLDER POSTTHAT WAS THE BOX – May 2014 (Week Four)