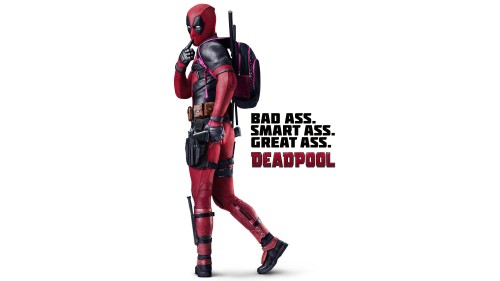 Hold on tight people for an adventure with a different flavour. ‘Deadpool‘ kicks off 2016’s superhero fest to a great, and very exciting start.


Who is Deadpool, you might ask. Well, Ryan Reynolds first made his debut as Deadpool in 2009’s ‘X-Men Origins: Wolverine‘.

This new film reinvents the character giving us a more authentic version of the Marvel Comics anti-hero, who doesn’t take anything seriously.

‘Deadpool‘ is the origin story of former Special Forces operative turned mercenary, Wade Wilson, who was subjected to a rogue experiment carried out by the evil scientist, Ajax (Ed Skrein), who tortures, disfigures and transformed him into Deadpool. The experiment left him with accelerated healing powers, and a twisted sense of humour.

We join him in this film as he hunts down Ajax with the help from his sick kick and best friend Weasel (T.J Miller), and mutant allies Negasonic Teenage Warhead (Brianna Hildebrand) – a teenage X-Men trainee who has the ability to detonate atomic bursts from her body – and the computer generated Colossus – an X-Man with the mutant ability to transform his entire body into organic steel, voiced by Stefan Kapičić. 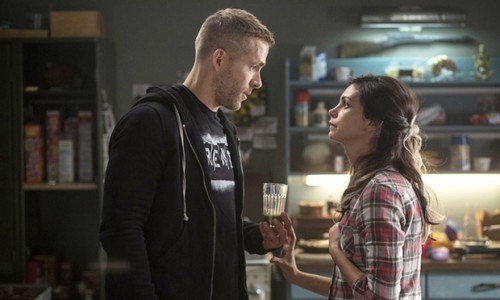 
Ryan Reynolds brilliantly portrays Deadpool, and is honestly, perfect in every way for the part. He’s very different to the usual run of the mill superheroes we’ve encountered in the Marvel universe.

If you were impressed with what he could do in ‘X-Men Origins: Wolverine‘ (and probably annoyed that his mouth had been sealed shut considering he’s known as the merc with a mouth), then you’ll be blown away with his performance this film.

‘Deadpool‘ is entertaining and pulls you in from the start, into the magnificently designed action. You most assuredly become completely intrigued to continue watching, becoming completely absorbed into the story as it inventively unfolds.

As well as delving you into a world of adrenaline boosting action and adventure, ‘Deadpool‘ is also a comedy with the kind of humour where you just have to laugh, even if you’re trying hard not to. It’s also the first Marvel film to make fun of itself and the brand, with its crude and irreverent jokes, and references. Not many films can get this balance right, to give just the right amount of action/ seriousness and humour (without making it look like a spoof). But ‘Deadpool‘ does it just right, and in a spectacular way, allowing you to appreciate the talent and effort put into it.

It’s definitely a must see for everyone. Except kids – no this film is most definitely for the over 18’s with its raw sex jokes, racy dialogue and nudity (lots of nudity).

Aside from that, it’s truly brilliant and here’s hoping that the success from this film will lead to ‘Deadpool 2‘, where we can explore the world of this oddly charming and witty anti- hero much, much more.

Khardine Gray writes fun, romantic fiction and is currently working on her second novel due to be published by the end of the year. She loves any film done by Marvel and all super hero films. She also loves thrillers, films with fast cars and action films. In her spare time when she isn't writing you can find her taking full advantage of an ice rink, or any ballet class she can find. Or, simply shopping and enjoying a good pizza.
NEWER POSTTHAT WAS THE BOX – March 2016 (Week Three) | TV Reviews
OLDER POSTTHAT WAS THE BOX – March 2016 (Week One) | TV Reviews