EXPLOSIVE UNSIGNED Is On The Hunt For New Talent In 2013! 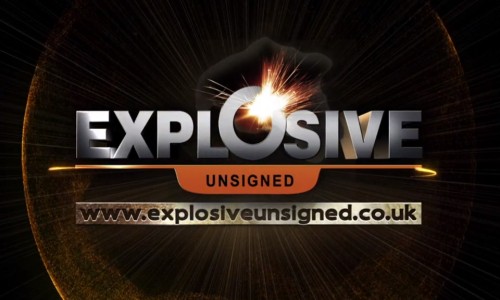 One of the UK’s fastest growing talent searches, originally launched in January 2011 with the aim of helping new unsigned musicians take a foothold in the music industry, will be making a return with a live show on Saturday 13th April in Greenwich, London!

The talent search, which has its own television and radio shows and rapidly expanding management service, will be looking to offer one musician the unsigned opportunity of a lifetime.

The chosen act will have the opportunity to have a one-to-one consultation with the show’s prestigious management team for career guidance, who also have close connections with major record labels. The act will also be playlisted on the Explosive Unsigned Radio Show over the course of 4 weeks to over 70’000 listeners. After which they will then be taken to a national station for a live set and will undergo a complimentary outdoor photo shoot with a photography firm in London.

“This year we’re back. Bigger and better than ever. The unsigned opportunity we offer is designed to help kick-start the career of an unsigned artist with the aim of helping them ‘get there and stay there’.

“This year it’s a new exciting revamped show and we’re looking for new talent. The show is also filmed for our usual annual highlights show on SKY 201 and this year will also be broadcast live on our usual weekly Explosive Unsigned Radio Show via www.explosiveunsigned.co.uk/ radio, itunes; and the mobile app ‘TuneIn’ search ‘Radio Alternativa UK’ and will include live tweeting on @explosiveUK.”

The Explosive Unsigned Audition live show takes a different approach to the traditional talent show format whereby the judges are not referred to as ‘judges’, but panelists. The show culminates towards a deliberation between the panelists as to who will walk away with the unsigned opportunity. 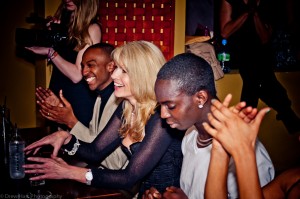 The panel will consist of radio and TV personality Susie Lewis, whose credits include MTV and the Explosive Unsigned Radio Show, Producer Beverly, who’s credits include the BBC, Jai Amore (known for achieving the prestigious MOBO award); as well as Richard Andersone – who is known for introducing television and radio shows to multiple networks, as well as working closely with A&R to sign musicians.

Do you think you’ve got what it takes to wow the panelists? If you have a raw music talent, or if you know someone who does and are looking to get exposure within the music industry, it is still possible to apply for an audition at the limited placement annual Explosive Unsigned audition in Greenwich, London!

Ed is an entertainment news writer, and founder of TOMORROW'S NEWS. He always keeps a watchful eye on who and what's trending in the entertainment world. His articles focus on tomorrow's news today, including celebrity news, film news, music news and so much more!
NEWER POSTWIN: LES MISÉRABLES (2013) Limited Edition Blu-Ray & Soundtrack!
OLDER POSTWIN: THE HOBBIT (3D) On Blu-Ray!