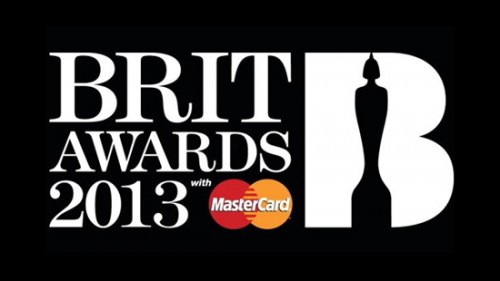 Emeli Sande has been nominated for British Female, British Album (for Our Version of Events) and her songs Next To Me and the collaboration with Labrinth, Beneath Your Beautiful are up for British Single at the 2013 BRIT Awards!

The 25-year-old hitmaker, who won the BRITs Critics’ Choice Award in last year (2012), spoke of her joy at being recognised once more at the BRITS, saying:

“It’s a really good feeling. It feels great, a bit scary, because you never know, you might not win anything.

“It feels great to have this acknowledgement and recognition. And to come back here after winning the Critics’ Choice and to be nominated is really, really cool.”

At the BRIT Award nominations were announced at London’s Savoy Hotel today (10th January, 2013), where Sande also presented Tom Odell with the 2013 Critics’ Choice Award and said how much winning the award meant to her last year.

“This time last year, I was excited but very nervous. I wish now I had just enjoyed it.

“He’s such a wonderful musician and it’s great to pass it on to him.”

Battling it out for Best International Female are Rihanna, Alicia Keys, Cat Power, Lana Del Rey and Taylor Swift, while in the likes of Jack White, Gotye, Michael Buble, Frank Ocean and Bruce Springsteen are all up for the Best International Male prize.

Perhaps one of the most poignant announcements of the day was that Amy Winehouse received a posthumous nomination in the British Female Solo, alongside Jessie Ware, Paloma Faith, Emeli Sande and Bat For Lashes.

Who will win is anyone’s guess, but the prize-giving ceremony, presented by James Corden, will take place on Wednesday 20th February 2013, at The O2 Arena, London.

For now, have a look at the full list of nominees below:

MASTERCARD BRITISH ALBUM OF THE YEAR

Alabama Shakes
Fun.
The Script
The Killers
The Black Keys

To Be announced at BRIT Awards 2013

BRITISH PRODUCER OF THE YEAR

Ed is an entertainment news writer, and founder of TOMORROW'S NEWS. He always keeps a watchful eye on who and what's trending in the entertainment world. His articles focus on tomorrow's news today, including celebrity news, film news, music news and so much more!
NEWER POSTThe 70th ANNUAL GOLDEN GLOBE AWARDS – The Winners!
OLDER POSTThe 85TH ANNUAL ACADEMY AWARDS – The Nominations!