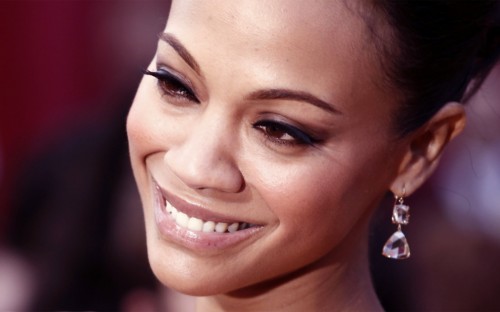 Actress Zoe Saldana has teamed up with fiancé Keith Britton to launch a new fashion database website, called MyFDB, which aims to help the unsung heroes of the fashion world to get their name out there!

The ‘Avatar‘ star launched the website which seeks to list every magazine shoot, cover and campaign models, photographers, make-up artists and celebrities have been involved in.

“It’s really for anyone who loves fashion magazines, luxury brands, celebrities, models – you can browse them all MyFDB.COM.”

Just as IMDB works for those in the film industry (listing actors, directors producers and crew, and which movies they have been involved in), MyFDB will provide the fashion world with a much-needed platform to help people get credit for their hard work.

“Before MyFDB, there wasn’t any website giving fashion professionals’ credit where credit is due for their work. We were inspired to level the playing field for them while organizing the industry by fashion credits.

“Soon we will be launching MyFDB Vintage that will cover the iconic and timeless magazine covers and ad campaigns from decades past.”

Ed is an entertainment news writer, and founder of TOMORROW'S NEWS. He always keeps a watchful eye on who and what's trending in the entertainment world. His articles focus on tomorrow's news today, including celebrity news, film news, music news and so much more!
NEWER POSTTHE MONKEES Scrap Reunion Tour Due To “Internal Matters”!
OLDER POSTEDDIE MURPHY Will Star As HONG KONG PHOOEY In New Movie!