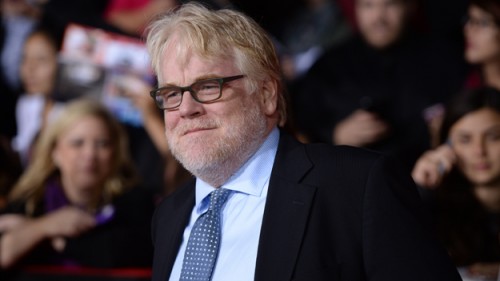 Oscar-winning actor Philip Seymour Hoffman has been found dead in New York after a suspected drug overdose, according to the Wall Street Journal. He was 46 years old.

The father of three was found in his bathroom on Sunday morning (2nd February, 2014) on the 4th floor of his West Village Apartment, with a syringe still in his arm and surrounded by bags of heroin – law enforcement officials are reported to have said.

Hoffmann kick-started his acting career with movies such as ‘Boogie Nights‘ and the ‘Big Lebowski‘ in the 1990s, before winning the Best Actor Oscar prize for his portrayal of writer Truman Capote in 2005. He has also starred in various independent movies, in addition to Hollywood blockbusters such as ‘Mission Impossible III‘. He recently starred in ‘The Hunger Games: Catching Fire‘. His Broadway appearances managed lead to him winning two Tony Awards.

Hoffman had sought treatment for drug abuse after being clean for around 23 years in 2012, according to celeb news website TMZ. He told the website he had used prescription drugs, and briefly heroin, before seeking help.

Another tragic and troubled actor who lost the fight against his demons. Such a shame as he was an absolutely fantastic actor, and that above all else is how fans will remember him.

Ed is an entertainment news writer, and founder of TOMORROW'S NEWS. He always keeps a watchful eye on who and what's trending in the entertainment world. His articles focus on tomorrow's news today, including celebrity news, film news, music news and so much more!
NEWER POSTBONO: “U2 Are Becoming Irrelevant!”
OLDER POSTTHAT WAS THE BOX – January 2014 (Week Five)