Eighth Season Of DEXTER Will Be The Last! 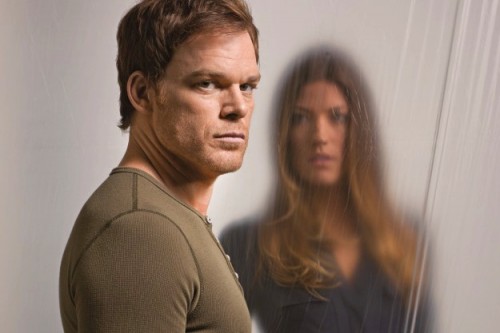 It’s official! SHOWTIME announced in a statement today (18th April, 2013) on the show’s Facebook page that the upcoming eighth season of ‘DEXTER‘ will be the last one!

The announcement followed the release of an exclusive clip from the premiere of the series’ eighth and final season, which debuts on Sunday 30th June, at 9pm ET/PT on SHOWTIME. You can watch this clip below!

The series first aired on the network on the 1st October, 2006 and each season has been as successful as the previous one, gaining new fans along the way. It has also won a host of awards over the years, including 25 Emmys, notched 10 Golden Globe Award nominations.

“When it debuted in 2006, DEXTER redefined the genre, by taking the anti-hero to new heights and pushing the boundaries of the television landscape.

“DEXTER paved the way for the next generation of award-winning hit SHOWTIME series, and its cultural impact will be felt for years to come.”

“DEXTER is a landmark franchise for our network, and we cannot wait to unveil the conclusion of this series, as we know it, to the millions of passionate fans who have supported the show season after season.

Ed is an entertainment news writer, and founder of TOMORROW'S NEWS. He always keeps a watchful eye on who and what's trending in the entertainment world. His articles focus on tomorrow's news today, including celebrity news, film news, music news and so much more!
NEWER POSTAre We Ready For A WEIRD SCIENCE Remake?
OLDER POSTIs There A Brand New Series of HEROES In The Pipeline?