GOTHAM: The Origins Of COMMISSIONER GORDON Picked By FOX TV! 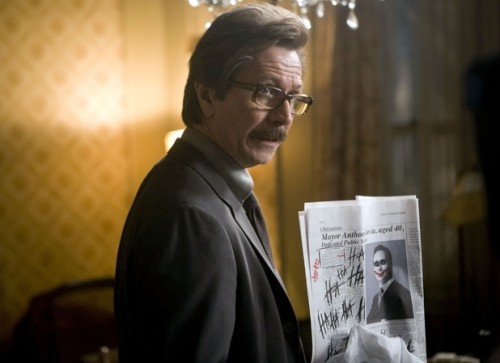 FOX has nabbed a Warner Bros. TV project titled ‘GOTHAM‘ – a brand new drama TV series which explores the origin stories of Commissioner James Gordon and the villains who helped to mould the criminal underworld of Gotham City.

In the series, Gordon is still a detective with the Gotham City Police Department and not yet met Batman, who it’s confirmed will not be part of the show.

Gordon was introduced in 1939 in the very first Batman comic – created by geniuses Bill Finger and Bob Kane. Commissioner Gordon has appeared in comic books, TV animated series and Batman movies, including in Christopher Nolan’s Dark Knight trilogy, where he was played by Gary Oldman.

Warner Bros. TV has apparently been circling the idea of a Gotham City-set show for over a year now, particularly after the success of Nolan‘s Dark Knight movies and the success of the ‘Smallville‘ series, which saw the origins of Clark Kent / Superman on the small screen.

The only thing we’re hoping for is a gritty and dark version of Gotham, almost in the style of ‘The Dark Knight‘!

Ed is an entertainment news writer, and founder of TOMORROW'S NEWS. He always keeps a watchful eye on who and what's trending in the entertainment world. His articles focus on tomorrow's news today, including celebrity news, film news, music news and so much more!
NEWER POSTDANIEL RADCLIFFE Denies FREDDIE MERCURY Role Rumours!
OLDER POSTCHANNEL 4’s ‘BLACKOUT’ Is An Eye-Opener!