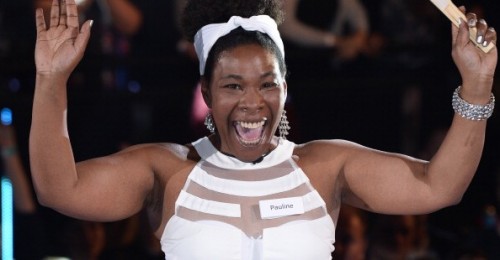 I’m fast losing patience with this series of Big Brother. I know I’m odd but I don’t actually enjoy watching unpleasant people. Hence I will not be watching ‘X-Factor‘ this year as I can’t stand Mel B (no weekly ‘X-Factor‘ blog from me I’m afraid), well I think they made a grave mistake with their choice of housemates for this year’s crop of civilians. They truly are a vile bunch with no signs of redemption from any of them. Thank God Pauline has been voted out, but we’re still stuck with Helen (ex-prostitute) who lectured Kimberly on the ‘Girl Code’ because she got into the shower with Winston, who had a one week romance with Tamara (who?). Toya, who seems like an amalgam of every girl who has ever served me in a branch of New Look, and goes around giving people critiques even when they don’t ask for them. Mark and that bloody voice, and Danielle, who I suspect will only be truly happy if they convert the house into a convent.

We all know either Winston or Ashley will win, so can we just fast forward eight weeks and get on with the celebrity version? It’s always much better. 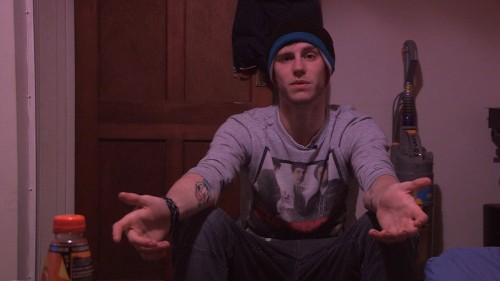 The opening programme in this new series concentrated on Great Yarmouth, an area with a high level of unemployment due to the seasonal nature of the industry there. But rather than concentrate on ordinary families who would find living for six months of the year on the dole, a struggle, instead we had Lee and Leona, a teenage couple bringing up their baby daughter Portia, who apparently is going to grow up and marry Prince George (the ceremony no doubt held in the same church where I’m going to marry Benedict Cumberbatch). While Leona is a good mother, who clearly adores her baby, I do think the programme could have delved deeper as to why such a young girl had obviously come from somewhere in the North West – judging by her accent – and come to live in a dingy seaside town, with no family support. Even though her and Lee‘s benefits have been slashed and the three of them have to live on £90 a week there is no one else around to offer a helping hand. On a lighter level, they could have also done an investigation into why soap is so expensive in Great Yarmouth, judging by Lee‘s aversion to using it.

We then met Jordan, a very nice looking, seemingly articulate and bright twenty year old who is living in some weird benefits house-share with several other young men who seem to belong to a hat-wearing cult. Jordan had been sanctioned (his benefits money cut) for not turning up to a work programme and was living on his flatmate’s money until his benefits were reinstated. Once again, no questions were asked why a young guy of just twenty wasn’t still living with his parents and seeing as he seemed intelligent, why had he eschewed education for a life on the dole? Instead he was just portrayed as a waster.

But the real comedy came from a guy called Dean and his mother. In all fairness, Dean did appear to have slight learning difficulties, but the interaction between him and his mum was hilarious. Dean reckons all the seasonal work is taken by foreign workers and apparently in Yarmouth there are at least twelve different nationalities and it’s not right (try living in London, there are more than twelve different nationalities living down my street!). His mum thinks they should transform the recently closed Co-op into a Primark, and this sparked a heated debate of ‘Newsnight‘ proportions while Dean very loudly argued that there aren’t enough people in Yarmouth to use it (what? Not even all those immigrants?).

There was fodder in a couple of women called Tracy and Gwen who had moved in together to escape the bedroom tax and even though had barely done a day’s work between them, reckoned pensioners didn’t deserve the money they got because they spend it all down the bingo (or if you’re my mum and her friends – Homebase).

The case that intrigued me the most was twenty-one year-old Tommy, who looked about thirteen but had already been in prison four times and had a flat, a fiancé, a baby and a husky. Like Jordan, Tommy seemed intelligent and I’m curious to know why he was in prison. And why did his girlfriend never speak?

By the end of the programme, Jordan had been given a job in a holiday park -despite turning up to the interview in trainers and jogging bottoms and mumbling through the questions – and had promptly quit it again, and Lee had found work as a scaffolder, which meant he and Leona could come off benefits.

I wish either ITV or BBC would commission one of these programmes and make one with a bit more depth and insight into why small sections of society choose being on benefits as a way of life. It is part of a whole wider problem centred around education, social services and the criminal justice system; but none if this is ever addressed. It’s easier to laugh at the paupers, prodding them with our imaginary sticks. 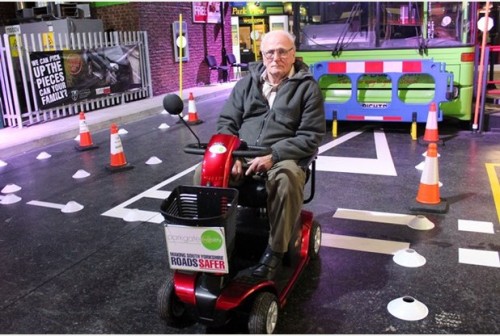 I thought this was going to be a light-hearted look at old dears on their mobility scooters, but it’s actually a serious subject. It does puzzle me how, in this country, you have to have a licence to drive a car/motorbike and own a TV and yet you can ride a bike, mobility scooter and own a dog without any proof that you’re capable of looking after them properly, and all three things are a danger in the wrong hands. Apparently there are over three hundred thousand mobility scooters in the UK and accidents involving them are on the increase.

Leading the campaign for more restrictions on scooters is a woman called Karen Jefferson whose young son was run over by one of them. This might sound laughable, but a large, motorised vehicle with a person on, going at 8mph towards a nine-year old child could cause nasty injuries. When Karen tried to put her point across to an old woman on a scooter. The old bag promptly told her that it must have been her son’s fault for being in the way.

In South Yorkshire they are actually running courses where people can assess their skills and to see them using the scooters on this simulated street was certainly eye-opening. Half of them couldn’t reverse and seemed to treat knocking into something quite amusing. Not amusing when you’ve run over a toddler and you’re being sued by their parents.

There’s no doubt that these scooters are invaluable for people who would otherwise be confined to their homes. Like poor Hazel, who had just fifty-eight is facing a limited life expectancy due to chronic lung disease. Without her scooter she wouldn’t be able to go out and buy things for her grandchildren, or go away for a break with her sister. But there is no doubt that something has to be done to regulate them. I wasn’t even aware that there were two types – one that went on the pavement and one that could go on roads. On roads! With a top speed under 10 mph and you’re going to go on a road! Campaigner Karen got a letter from the government saying they are not planning on doing anything to introduce regulations, despite the fact that people have died when their scooters have been flattened by lorries.

Most worrying of all for me, was on watching this show, I kept thinking ‘I really want a go on one!’ I might have to treat myself to a second-hand one. 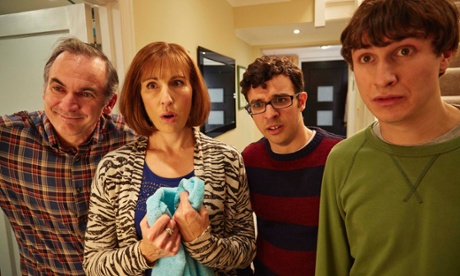 I didn’t watch the first two series of this show as to me Simon Bird will always be Will McKenzie in ‘The Inbetweeners‘ (worrying really seeing as he is only a young man with a whole career in front of him) but I thought I would give it a go. For those not in the know, the premise is that it’s centred around the Goodman family, an ordinary, Suburban Jewish family who meet for dinner each Friday. In this episode Adam (Bird) brings a girl home for the first time and a whole lot of confusion erupts when her sister starts sending saucy snaps to Adam. In the process, the family are lumbered with a neighbour’s precocious eight year old daughter who has a crush on Adam, and when she accidentally comes across the photos of his girlfriend’s sister, on his phone, uses it as a way of blackmailing him into being nice to her.

I can’t say the show had me in stitches. For me the stand-out performance was by Paul Ritter as Mr Goodman. He is quite possibly the most socially awkward man on television. Walking around in just his underpants, washing dog doo from his feet in the toilet and talking to his son’s girlfriend about how she can murder her sister, and magnets. Mark Heap is also funny as their creepy next door neighbour. There appeared to be times Tamsin Greig was channelling Maureen Lipman in the BT ads, and the whole programme seemed to veer from the sort of cosy middle-class family sitcom you usually find on BBC to something more edgy. I might give it a try next week but it’s not something I’d go out of my way to watch if something better was on.

Karen Mason is a London-based writer. She has published fifteen historical fiction novels and is currently working on her sixteenth. She is also an avid movie goer, with a particular preference for gritty British cinema and a weakness for Jason Statham films! Her music tastes stretch from Muse to the Cinematic Orchestra and she loves discovering new acts.
NEWER POSTTHAT WAS THE BOX – June 2014 (Week Four)
OLDER POSTTHAT WAS THE BOX – June 2014 (Week Two)