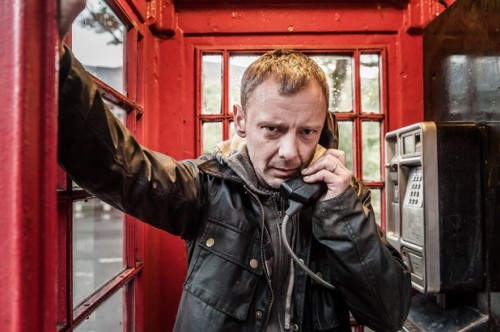 The trailers for this programme made me think straight away that it was very similar to ‘Line of Duty‘. John Simm was clearly playing a police officer who was accused of a crime and was being pursued by fellow officers. I tweeted my thoughts and was immediately reminded by Chris Lunt, the writer that it was not like ‘Line of Duty‘, but rather ‘The Fugitive‘. Now watching it, I concur and indeed it is more like the old American show about a man accused of killing his wife, when he clearly didn’t do it.

The action starts where a police van crashes and from it, Marcus Farrow (Simm) escapes and goes on the run. But the story then rewinds and we are treated to a rather boring half hour of how Farrow got to be where he was. The natural lighting made it difficult to watch (I blame those bloody Scandinavian cop shows), and nothing very interesting happened. But once Farrow’s wife and son were found murdered, things improved and by the end of the show, I was gripped and want to know what happens next. Poor old Craig Parkinson must be a bit peed off with casting directors. As soon as I saw him playing Farrow’s friend and fellow copper, my hackles were raised, given the part his character Dot Cottan had to play in the downfall of poor old DI Drake Lindsay Denton in ‘Line of Duty‘. I just knew he had something about him that would possibly frame poor old DS Marcus Sam Tyler Farrow.

Seriously though, I want to know if hapless copper Susan Reinhart (Rosie Cavaliero) will up her game a bit, and I suspect she will eventually become an ally to Farrow (don’t quote me on that). And even more to the point will Farrow actually find a computer with a disk drive, where he can find out what is on those floppies he found? These days it’s hard to even find a PC with a DVD player!! 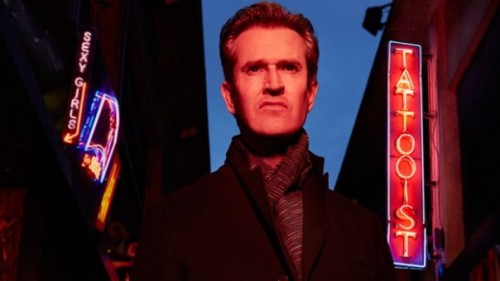 I actually think this show should just be called ‘Isn’t Rupert Everett wonderful?‘ When I read the write up for this programme, I wondered why in hell Everett was chosen to host a programme about prostitution. But it was divine casting. Like a multi-faceted diamond, there are so many sides to Rupert that makes him perfect. He has led a very colourful life, and admits to selling sex and buying sex. His natural warmth and empathy for the women he interviewed made them open up to him (excuse the pun) and I suspect not feel he was judging them, unlike if the interviewer been a straight male or another woman. But he also had an understanding of the male side of prostitution and what drives a man to pay for sex. He even – on camera – booked an escort to visit his swanky London pad.

On his journey, Rupert met a woman who was voted “Sex Worker of the Year” and claims she finds no client repulsive. He also met Juliana, a Brazilian prostitute who earns £700 an hour and reckons the lure of money is more powerful than drugs. But by the same token, we also saw a street worker in Liverpool who was hooked on drugs and sold herself to make money to buy more drugs and support her kids. Rupert also visited Paris, where he met up with friends of one of his close pals – a transsexual prostitute who was murdered. They visited a museum, where they saw lots of paintings dedicated to prostitutes – not something you would see on an earnest BBC3 programme presented by Stacey Dooley!

Another harrowing example was the Jordanian refugee Rupert met in Tel Aviv, who sells his body – going against his Muslim faith – in order to survive. Also harrowing for me was having to endure that supremely annoying Brooke Magnanti, who the Belle du Jour books were based on. There is nothing wrong with people admitting they’re sex workers, but Magnanti glamorised it to the point of making it look like a career option without any pitfalls. Then she contradicts herself by saying she only did it to pay her way through her PhD. Hardly the words of a liberated, sexual woman.

Anyway, back to the programme. Next week Rupert interviews men who pay for sex and I suspect, just how he is with the women, he will be non judgemental and slightly irreverent, which somehow pays off. I look forward to it wholeheartedly and I think Rupert Everett should consider a new career as a documentary maker. 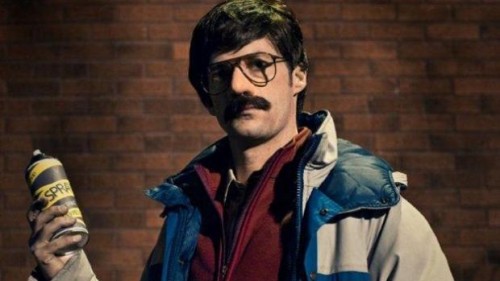 As a fan of sketch shows, I can’t believe I missed out on the first series of ‘Cardinal Burns‘ in 2012!! Along with ‘House of Fools‘ and ‘Toast of London‘, it was the funniest thing I’ve seen in ages. Okay, sketch shows fronted by two men is hardly new or innovating, but ‘Cardinal Burns‘ had a slightly different feel to it. But I can’t put my finger on what it was. My favourite sketch was the Turkish mini-cab drivers Hashtag and Bukkake, who are in their own 80s American cop show. Complete with mullets and a weird local character who drives a scooter and speaks in ‘jive talk’, it gave an authenticity to the sketch, and whilst it was obviously comedy, it looked really authentic.

Another hilarious sketch was Face To Face with Banksy, where Seb Burns portrays the mysterious Banksy as Suburban nerd who has a rather strange, predatory relationship with his teenage stepson. There was also a funny sketch that was a spoof of shows like ‘TOWIE‘ and ‘Made in Chelsea‘, called ‘Young Dreams‘, about three girls sharing a flat (one of whom is a Japanese girl called Yumi, who appeared in series 1). It culminated with Yumi doing yoga and farting, and it was hilarious. But I do think her blonde flatmate was just a little too near to Ja’mie King. I also loved the interview with a guy who worked in Foot Locker, which was conducted like one of those fawning, artsy interviews, making his menial job sound creative and ultra-important.

I really hope this show keeps up the momentum. I always remember loving the first episode of Anna and Katy, but it went downhill after that. But I am definitely going to check out series one. I think Channel 4 gives BBC a run for its money in the comedy stakes these days, and poor old ITV is still lagging horrendously behind.

Karen Mason is a London-based writer. She has published fifteen historical fiction novels and is currently working on her sixteenth. She is also an avid movie goer, with a particular preference for gritty British cinema and a weakness for Jason Statham films! Her music tastes stretch from Muse to the Cinematic Orchestra and she loves discovering new acts.
NEWER POSTTHAT WAS THE BOX – May 2014 (Week One)
OLDER POSTTHAT WAS THE BOX – April 2014 (Week Four)