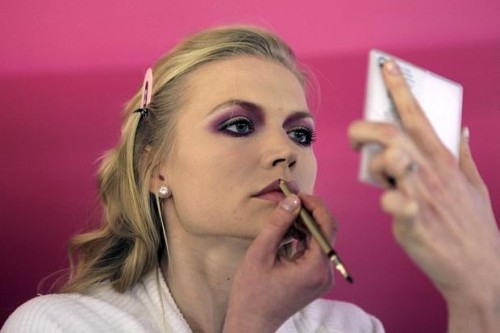 I am not going to go with the obvious choice of Monday night’s viewing, I figure enough reviewers are going to be covering ‘Broadchurch‘, so I’m looking at the programme that was on BBC2 at the same time. It starred a host of rich Russians who had made Britain their new home, and it was a fascinating insight into how they viewed us. Apparently we’re very friendly and smile too much (Russians never smile and mistrust people who do) and yet when they try to get close to us, we put up a brick wall. It’s also strange, because, with things like the Russian Ball, where debutantes are presented, it is like 80 years of Communism never existed. The media might like to whip up hatred between us and our Russian cousins, but our nations have been intrinsically linked for generations, and their fascination with England and our customs have not left them.

Amongst the rich wives and men whose job it is to find ten million pound homes for oligarchs, three interesting characters stood out. There was Katia Elizarokova who is apparently a supermodel (and ‘friend’ to the stars if the more salacious celebrity sites are to believed) and is in love with England, so much so, her accent is strangely Russian with a hint of Hampshire, and unlike her stony-faced counterparts, she is smiley, articulate and animated. At times it did feel as though she had swallowed a dictionary, but she was amusing none the less. Then there was Evgeny Chichvarkin, the luxury wine shop owner, who had grafted hard since his teenage years to make his fortune. But along with the fine living and polo playing, Chichvarkin was also very embittered at Putin’s regime, making allusions as to why he is not welcome back in Moscow, although he will always think of it as home. Then there was Igor, the wealthy businessman with a vast art collection, who was also a philanthropist, who claimed that there is a competition amongst Russian men to earn more and more money, but he personally does not need much (always easy for someone to say who is a billionaire).

As a Londoner, I found this programme fascinating, as I live in an area where rich Russians are buying up newly built flats and changing the landscape forever. Apparently one Russian alone can plough $4.5m back into the economy each year, so it’s not as though they are a drain, but one can’t help but wonder if they will all desert us should Paris or Berlin become fashionable, and they will take their ostentatious furniture and expensive clothes with them. 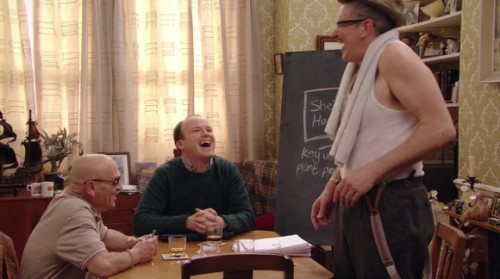 Yay ‘Count Arthur Strong‘ is back! I’m perfectly aware that thus show is like Marmite and some think it’s old-fashioned, stupid and nothing like the radio show. But I never listened to the radio show, so I had no preconceptions. I like the bonkers humour from Arthur and his crackpot friends. This week Michael, the son of his former comedy partner, returned from Yorkshire supposedly to write his new book, but In reality I think it’s because he misses Arthur and Sinam, the lovely waitress from Bulent’s cafe. He has writer’s block, but Arthur on the other hand has written a racist novel based on ‘Fifty Crates of Plates’ – using Michael and his agent Sheila‘s names for the elderly, sexually adventurous protagonists. From there we have a ridiculous heist where Michael, Arthur, John and Eggy try to retrieve the manuscript from Sheila‘s house, as Michael has given it to her to read as a favour for Arthur.

I think what I like with ‘Count Arthur Strong‘ is that there is heart at the centre of it. Arthur has clearly become the father figure in Michael’s life and even though Michael (sublimely played by Rory Kinnear) is the voice of reason, he, like Arthur is socially awkward – especially around Sinam, who now has a tit of a boyfriend. Given time and slight dementia, he could turn into Arthur.

All I need now is for ‘House of Fools‘ and ‘Siblings‘ to return and I’ll be a happy bunny. Yes, I know they’re all stupid, but I watch comedy to make me laugh and cheer me up and not think for half an hour. Go on, try it. You might like it. 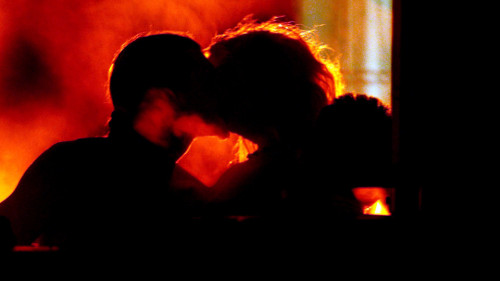 There was man with blue hair who had a mid-life crisis and went from being a scientist to holding sex parties that looked as though it had come from ‘The Wicker Man‘, and a woman who organised parties in her Ibiza mansion and embarrassed her eighteen year old son in the process. As an open-minded person, I don’t see the harm in what they are doing, but I did find Frank a little sad. He only attends sex parties with a woman he met on the swinging scene, and he has fallen in love with her, even though she won’t leave her husband, and I get the feeling he is only attending the parties, to please her, and his heart isn’t really in it.

Stars of the show for me were Sandy and Poppy, two twenty-somethings who seemed like the sort of girls who would do anything that was in fashion. If bungee jumping became de rigueur to the Kings Road set, they would do that, but because sex parties are the thing at the moment, they gave that a try. Their bickering was the stuff of a sit com and it they were funny, and not at all sexy.

Karen Mason is a London-based writer. She has published fifteen historical fiction novels and is currently working on her sixteenth. She is also an avid movie goer, with a particular preference for gritty British cinema and a weakness for Jason Statham films! Her music tastes stretch from Muse to the Cinematic Orchestra and she loves discovering new acts.
NEWER POSTThe 72nd ANNUAL GOLDEN GLOBE AWARDS – The WINNERS!
OLDER POSTMICHAEL KEATON Heading To SKULL ISLAND?