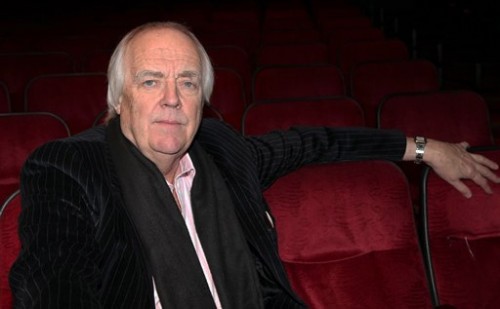 Webber announced last week (w/c 16th January, 2012) he will audition potential new leads on TV for an upcoming global tour of his and Rice‘s famous production.

The show, which will air in the U.K. later this year (2012), will involve a similar scenario to previous formats (‘I’d Do Anything‘ and ‘Over The Rainbow‘) where viewers vote for their favourite contestants and helping to choose a new Jesus for the musical.

Despite managing to find some decent contestants, the project has been blasted by Rice who insists he finds it “distasteful” and has accused Webber of wanting to constantly “rehash” all their best work!

“I’ve had several meetings with Andrew and said that I don’t want this done but now it appears it’s been signed and sealed.

“Andrew wants to rehash things all the time but I don’t think Superstar needs that tasteless reality television treatment. Those shows are relentlessly downmarket which is fine if the show is a lightweight bit of fluff.

“I am fully behind an arena show but I just don’t think you need another television series to do that.

“It opens up a lot of opportunities for spoofs and I think it would be ill-advised to have people voting for who should be Jesus. It’s just possible that it might be the most sophisticated, tasteful show hosted by the Archbishop of Canterbury, but I doubt it. It sounds tacky and I really don’t think Andrew should do it.”

Do you think this sounds tacky? I shall refrain from what I am really thinking!

Ed is an entertainment news writer, and founder of TOMORROW'S NEWS. He always keeps a watchful eye on who and what's trending in the entertainment world. His articles focus on tomorrow's news today, including celebrity news, film news, music news and so much more!
NEWER POSTROBIN GIBB Denies He’s “At Death’s Door”!
OLDER POSTScenes Cut From WOMAN IN BLACK, For A Lower Rating?