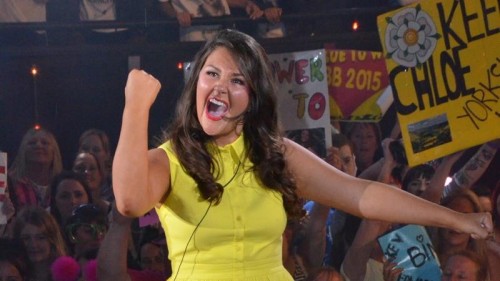 So the civilian BB is over for another year, and I have to say it has gone by very quickly. It seems like yesterday those weirdos went into the house, and now ordinary girl Chloe has won.
So, I just thought I would give you some of my highlights and lowlights.

Over all it’s been a good series of ‘BB‘, especially seeing as the average age of the housemates has been quite young and it is normally older people who are more interesting. But I do suspect if they’d not swapped dullards Amy and Sally and Harriet for the likes of Marc and Harry, it would have been quite so entertaining. Still, roll on ‘Celebrity Big Brother‘, next month.

‘THE ONLY WAY IS ESSEX‘

Can we stop with the Girl Code already? It’s boring, stupid and seems to have ever-changing rules. Being a feminist (yes I’m looking at you Ferne) isn’t about telling other girls who they can and can’t kiss. Being a feminist is about being empowered, strong, and doing what you want (hello Verity). Beautiful, sophisticated Verity has entered the throng and gee does she make the likes of Danielle Armstrong, Chloe Simms and Jessica Wright look like provincial fish wives. She talks like someone from ‘Made in Chelsea‘, doesn’t have half the MAC counter on her face, and apart from a dubious choice in platform shoes, she doesn’t feel the need to dress like a shop mannequin just to walk along the street. She tried to apologise to Danielle for flirting with Lockie (she could seriously do better) and Danielle just resorted to winging and bitch mode, and after briefly leaving the shop, tearful Verity told Danielle the truth, that on the night in question, Lockie told her he wanted to have ‘relations with her’ (this is a family website) and she turned him down because she liked Pete. Strangely, when Danielle confronted Lockie about what Verity had said, he repeated the words she had said, even though no one else had said them to him. Ummmmm. 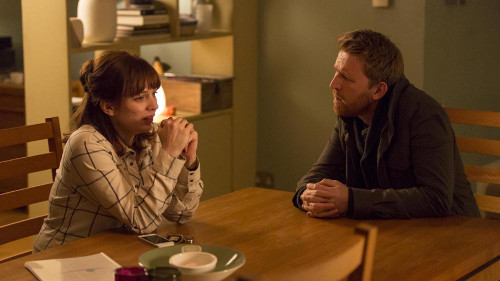 Do you know what it is I think I like about ‘Humans‘? It’s because it has that eerie quality a lot of sci-fi/horror programmes did back in the 1970s. I can remember watching ‘Day of the Triffids‘ as a child and being absolutely petrified, and I think my fear came from the fact that everything was so quiet and normal. In an age where we rely so much on CGI and special effects, to have a drama which could have so quite easily been made at Television Centre, in 1978, makes it different, and therefore somehow more sinister. When things are set in a universe so different to our own we can’t comprehend it, then it stops being scary. What makes things terrifying is that they could happen to you, and let’s face it, machines pretty much rule our life. I have a friend who refuses to have a computer or a smart phone and I am truly fascinated by her, wondering how anyone in 2015 can get by without such gadgets. Who’s to say in a few years, developers won’t go a few steps further and put the chips in our smartphones and tablets into human shells. Although I sincerely hope they don’t put the spirit of my phone into a person because I would be constantly punching them for crashing or launching TFL bus times when I want to go onto Twitter (rant over).

Anyway, in this week’s show…

Joe finally came clean (so to speak) after poor Toby got the blame for tampering with Anita’s adult function. Understandably Laura was sickened, although I’m not sure if it was because her husband had sex with a machine, or he cheated on her, or both.

The police are keen to bury the story about Niska – the killer synth. We discovered rather than Niska being some sort of rogue droid gone wrong, she was designed this way by David Elster. The fear is that there are others out there designed to kill without mercy, and the belief is that if one is destroyed, the others won’t act, so poor old Fred was burnt to a cinder. But something tells me that won’t be the end of it.

Talking of the police. No one knows Karen is a synth, and I’m wondering why she is so out to get Niska. She is a synth posing as a human and should therefore feel empathy, but it would appear not. She also eats chips, which I find weird. Perhaps they collect in that blue bag she has down her throat.

Matty stole Anita and took her to Leo and Max, where they hacked into her data and found that Mia, her original self, had gone. So why is it she keeps having flashbacks? Gemma Chan is giving a wonderful performance as Anita, who hovers somewhere between robot and serene human being. There always seems to be an underlying current of hurt or fear in her, and I am beginning to think that her, Leo, Niska, Max and Fred were children who were killed by Elster and made into synths. I could be wrong. 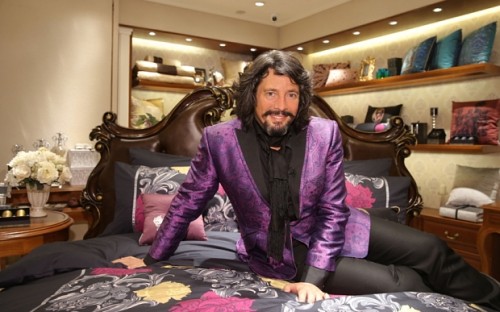 Does anyone remember that programme Dale Winton and Nell McAndrew did, where they pretended they were getting married? It was done in a serious manner and never really explained why they did it? I’m beginning to wonder if this programme was along the same lines. King Charles II – sorry Laurence Llewellyn-Bowen (LLB from now on), reckons he’s sort of fallen on hard times and is now forced to work from a tiny office above a shop in Cirencester, running a mail order company for his ‘brand’. Strange given that up until recently his wallpaper was still for sale in my local Homebase.

LLB wants to launch himself on the emerging middle class markets in China and Mexico, and in this show, we saw him give it his best shot. LLB is like a cross between Steven Toast and Alan Partridge. He’s wonderfully pompous and yet self-deprecating at the same time. He behaves as though he’s some major star, talking down to taxi drivers and insulting the camera man (who he called a fat Jamie Oliver – harsh), but at the same time he is willing to shill his tat…homewares and lingerie by pretending to the Chinese that Victoria Beckham and Kate Middleton are fans of his tart’s boudoir look. His trips seem to befall one disaster after another. In China he turns up at the airport but his luggage doesn’t. In Mexico, none of the meetings with the highflyers he has been promised, come to fruition, until he meets with Edgar Smolenski, head buyer for SAKS, who looks as though he has been invented by the Pet Shop Boys. He likes LLB’s tat and says he will stock it in SAKS in Mexico. In China, he ends up with a spread in Vogue, so things are looking up for him.

Funniest moment for me was when he was in China, and after being advised to give gifts to the man who may be responsible for stocking his stuff (building friendships is a key route to success in China), Laurence takes a huge, signed photograph of himself. I’m still not sure if all of this was done tongue in cheek, but props to him if it was. And did anyone else notice, how when he emerged on the escalator in Shanghai, he was holding exactly the same pose as the one that is on his cushions. Priceless.

Karen Mason is a London-based writer. She has published fifteen historical fiction novels and is currently working on her sixteenth. She is also an avid movie goer, with a particular preference for gritty British cinema and a weakness for Jason Statham films! Her music tastes stretch from Muse to the Cinematic Orchestra and she loves discovering new acts.
NEWER POSTMISSION: IMPOSSIBLE – ROGUE NATION | MOVIE REVIEW
OLDER POSTNew Trailer: FANTASTIC 4 (2015) | FILM TRAILERS