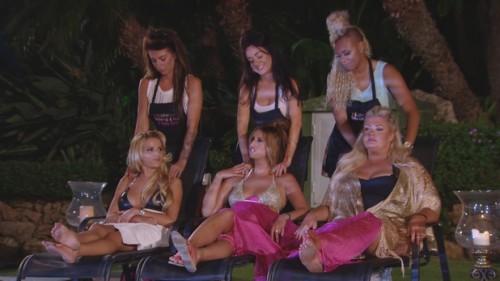 ‘THE ONLY WAY IS MARBS‘ (ITVBE – ITV PLAYER)

They’ve upped the production value on ‘The Only Way is Marbs‘. We had a sort of introduction to our favourites, emerging from the throng of scantily clad extras who have clearly been told to look as though they’re enjoying themselves. We also had sort of stop motion camera parts where the boys were drinking shots, and I’m pretty sure they ramped up the blueness in new boy Pirate Pete’s eyes (more about him later). Other than this, nothing much has changed. There is the usual rowing and rowing and mugging off and people being mugged off, and Timmy Tommy Mallet looking like Albert Steptoe and even more pleasant, we now have Old Lady Face Fran back. If her and Mallet bred, their kid would be born looking forty-five!

Other observations I made were;

Anyway, predictions for this series; 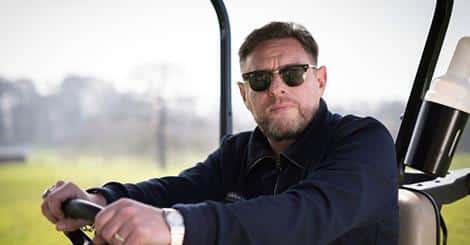 Having lived through the Nineties, I remember it as being a bit meh! Maybe it was because I also remembered the Eighties, and that was a far more exciting decade. The Eighties brought us Thatcher and Kinnock; the Nineties – John Major and Tony Blair. In the Eighties we had Boy George, Spandau Ballet, Classix Nouveux. The Nineties gave us Mariah Carey, Steps and Menswear. But – and this has nothing to do with the ‘TFI Friday‘ CD they’re cynically promoting just in time for Father’s Day – Channel Four saw it in their wisdom to give us a run down of the decade, somehow implying it was like the Sixties all over again or something.

Narrated by Kathy Burke, who should be on TV more often, we were treated to the usual talking heads – albeit cooler ones – like Sir Jarvis Cocker, Shaun Ryder on a golf buggy thing, and Irvine Welsh. Unfortunately we also got the irritating Miranda Sawyer who I thought had disappeared. I also never realised that Tricky looks like a black Daniel Craig but talks like one of the Wurzels. There was also footage of Johnny Depp when he was young and beautiful, and dating Kate Moss who looked exactly the same as she does now. Talking of beautiful, I forgot how gorgeous Liam Gallagher was in the early days of Oasis. It’s just a shame that he’s now in his forties and trying to dress the same, and he could really do with a new haircut.

The pop revolution was ignored, so there was no mention of Steps, S Club 7, Britney and Christina, N*Sync etc. It made it seem that the be all and end all of nineties musical culture was Britpop. Well, let me into a little secret to those kids who aren’t old enough to remember the Nineties – Britpop was over in a flash. There were only three decent bands – Pulp, Oasis and Blur, and a whole lot of crap like Northern Uproar, Flowered Up and the aforementioned Menswear. Damian Hurst might be looked upon fondly now, but back in the day he was considered a prat, and most people thought Tracey Emin’s bed was a disgrace and not a piece of art.

It was interesting to be reminded of how hated David Beckham was after the France World Cup incident in 1998 when he lashed out and was given a red card. Becks really is a national treasure now, and just how much he redeemed himself is amazing, and it is true, he is probably the nearest thing we have to Princess Di now (whose death was of course covered). In all honesty, 1997 is probably the most memorable year of the decade for me. Diana died, Blair had his landslide and the UK won Eurovision.

I’m appalled they didn’t mention ‘Eldorado‘ and Firestarter by The Prodigy. Both things caused outrage when they appeared – ‘Eldorado‘ because it was unintelligible unless you were multi-lingual, and the scary video to Firestarter caused more of a tabloid stir than the Oasis v Blur battle ever did.

I finished the programme by still thinking the decade was meh and not wanting to buy Chris Evans’ blinking CD.
,/span> 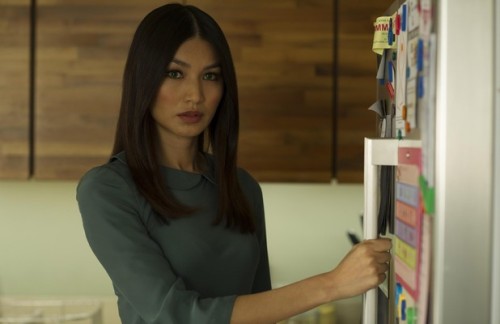 The idea of androids taking over the planet because they’re superior to us, is hardly an original concept, but this didn’t stop ‘Humans‘ being an enjoyable programme. Maybe it was because it didn’t go overboard with the technical wheres and whys and focused more on the emotional aspect. A fairly dysfunctional family buy a robot which they call Anita. She is a beautiful young woman (Gemma Chan looks scarily like Emma Willis with her green contact lenses in) who is subservient, helpful, polite and always ‘on’. But unlike most of the other synthetic people used like slaves around the world, Anita (real name Mia) and a few other rogues, seem to be becoming sentient. Anita becomes overly attached to the youngest child of the family, and when Laura, the often absent, rather cold, mum catches Anita staring at the moon, she becomes suspicious when the robot expresses an opinion. Something an android should not do.

The allegories in this programme are pretty obvious. Anita and her friend Niska, who is sold into a brothel, are clearly based on girls who are trafficked into the country to work as domestic slaves or sex workers. The more light-hearted allegory was William Hurt (who has suddenly become an old man) and his reluctance to give up or upgrade his synth because he holds so many memories of his dead wife. It reminds me of so many people I know who won’t give up their ancient mobile phone because it has photos on it, and they don’t know how to sync it to their computer! I suppose the synths could also be our pets as well, as we tend to use our animals to our own ends and make them fit in with us, even when they don’t want to.

As new dramas go, it’s certainly superior to ‘The Interceptor‘. It may be set in a parallel world where we live cheek by jowl with plastic humans, but it is still easier to understand than what the fictional UNIT in ‘The Interceptor‘, is supposed to be all about.

Karen Mason is a London-based writer. She has published fifteen historical fiction novels and is currently working on her sixteenth. She is also an avid movie goer, with a particular preference for gritty British cinema and a weakness for Jason Statham films! Her music tastes stretch from Muse to the Cinematic Orchestra and she loves discovering new acts.
NEWER POSTTHAT WAS THE BOX – June 2015 (Week Four) | TV Reviews
OLDER POSTTHAT WAS THE BOX – June 2015 (Week Two) | TV Reviews