FAR FROM HEAVEN Heading To Broadway? 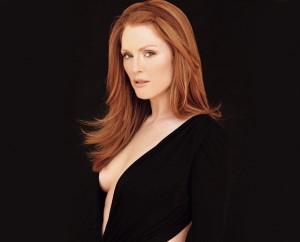 The 2002 ‘Far From Heaven‘ hit movie (starring Julianne Moore) has been turned into a musical and will hit the stage later this year!

The movie chronicled the story of a 1950s housewife, who discovers her husband is gay. Moore starred opposite Dennis Quaid, Dennis Haysbert and Patricia Clarkson.


Really looking forward to this!

Ed is an entertainment news writer, and founder of TOMORROW'S NEWS. He always keeps a watchful eye on who and what's trending in the entertainment world. His articles focus on tomorrow's news today, including celebrity news, film news, music news and so much more!
NEWER POSTPeter Andre – Hardest Working Man In Pop!
OLDER POSTTwelve Vials Of Anaesthetic Found In Jackson’s Room After Death!