FLORENCE + THE MACHINE have recorded the song 'Call Me Cruella'. 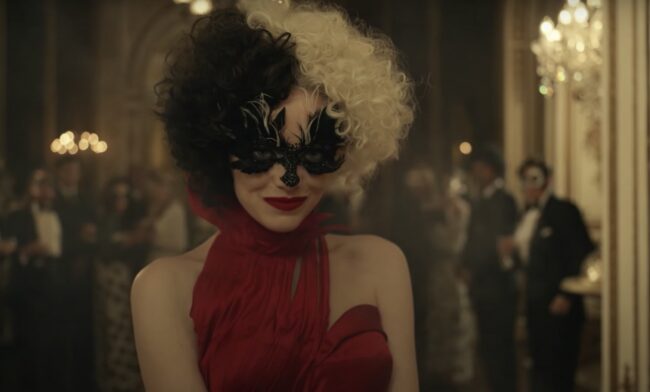 Florence + The Machine have recorded the original song Call Me Cruella for the soundtrack to Disney‘s new live-action ‘Cruella‘ movie – starring Emma Stone in the titular role.

The song will be featured in the film, as well as on the original motion picture soundtrack and the original score album, both of which are due out on Walt Disney Records on the 21 May, 2021.

“Some of the first songs I ever learned how to sing were Disney songs. And the villains often got the best numbers. So to help create and perform a song for ‘Cruella’ is the fulfillment of a long held childhood dream. I’m so grateful to Nicholas Britell and Disney for allowing me so much creative freedom, and for trusting me with Cruella’s beautiful madness.”

‘Cruella‘ is due out in cinemas, and will be available on Disney+ with Premier Access for a one-time additional fee, on the 28 May, 2021.

“I am a massive fan of Florence’s, so it was a true joy to collaborate with her on Call me Cruella. With both this song and the Cruella score itself, the goal was to really embrace the raw rock aesthetic of ’60s and ’70s London. We recorded everything using all vintage gear and analog tape at Abbey Road and AIR Studios in London, melding orchestral elements with electric guitars and basses, organs, keyboards, and drums.”

Want to hear a snippet of the song? Check out the video below:

Ed is an entertainment news writer, and founder of TOMORROW'S NEWS. He always keeps a watchful eye on who and what's trending in the entertainment world. His articles focus on tomorrow's news today, including celebrity news, film news, music news and so much more!
NEWER POSTWATCH: First Trailer For STEPHEN KING show LISEY’S STORY
OLDER POSTBATWOMAN Ratings Dives To All-Time Low