Behind the Candelabra – Movie Review

The second Soderbergh release this year after the thrilling side effects.

Soderbergh’s delivers the autobiographical novel, the tempestuous 6-year relationship between Liberace and his (much younger) lover, Scott Thorson, is recounted. 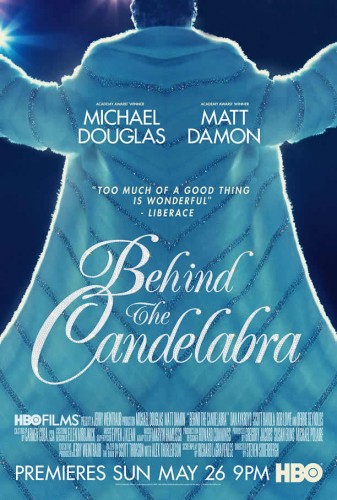 As a young gay man raised in foster homes, Scott is introduced the the flamboyant entertainment giant Liberace. Before long he find himself quickly in a romantic relationship with the legendary pianist. Showered in lavish gifts he finds himself in a long affair, one that eventually he feels he is suffocating in. Touching and tender in its portrayal of their need for love in one another, the film also faces full on, Liberaces controlling demons and lover Scotts drug addiction and in darker moments of the couples ill fated relationship,

A kept boy, by the flashily effeminate yet deeply closeted Liberace, Scott submits to extreme makeovers and plastic surgery and makeovers at the behest of his lover. Enter Dr Jack Startz played by Rob Lowe. Some light hearted comedy appears in Rob Lowes performance of Dr Startz who has had so much work himself he can hardly open his mouth to drink his Martini!. He give Scott pills to control his diet and later as Scott can no longer deal with being kept behind the scenes, grows gently a drug addiction. 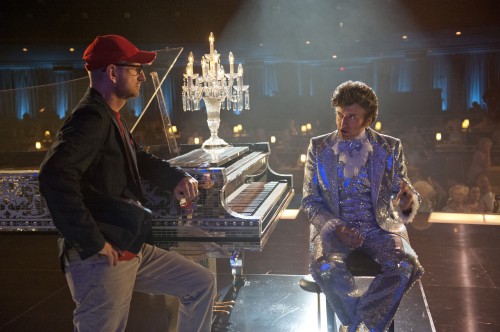 When Liberace finds himself a new lover, Scott is tossed on the street. He then seeks legal redress for what he feels he has lost. But throughout, the bond between the young man and the star never completely tears.

Utterly engaging and engrossing -particularly in the stand out career performances from both Douglas and Damon. The film magically bring back the colourful and camp showmanship associated with the 70s whilst in contrast brutally reminding us of a pre HIV medication era in the 80s.

Debbie Reynolds shines as Liberaces mother as does Dan Akroyd as Seymour.

If you want a good evening at the Flicks, with a popcorn, hotdog and drink then this is certainly one of those movies. There is no slow pace about the movie either. It moves along at a steady pace and tells the Scott’s story. It certainly show that money can’t buy you happiness and it certainly doesn’t buy you love either. It does show that if you have enough money, you can buy someone off. 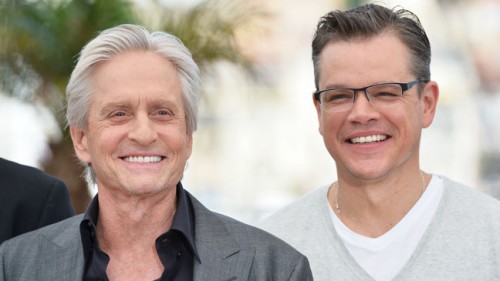 If you want something a little different this month instead of the action and adventure of Man of Steel or World War Z then Beyond the Candelabra is certainly a refreshing and enjoyable alternative.

Mark is known to his friends as LEGOBear. He loves LEGO Star Wars and buildings. He is an avid Movie Fan and has a Cineworld Unlimited Card so watches a lot of the latest releases. He is also a friend of the owner of this site so that is why he has gotten involved.
NEWER POSTTHE HOBBIT: DESOLATION OF SMAUG – Teaser Trailer!
OLDER POSTIs It Time For A Female DOCTOR WHO?