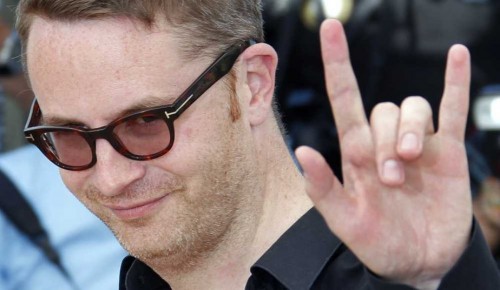 ‘Drive‘ helmer Nicolas Winding Refn (pictured) has reportedly been selected to direct ‘The Equalizer‘ for Sony Pictures – the movie loosely based on the 1980s TV series – according to Deadline!

Refn will be working with Denzel Washington, who has agreed to play the title role, but nothing has been set in stone as negotiations toward a deal will begin immediately with the director.

The TV series, originally master-minded by Michael Sloan and Richard Lindheim, starred Edward Woodward as a mysterious former covert operations officer who helps people in trouble. The movie uses that basic premise but it has been tweaked and modernised for Washington’s skills. He’ll play a solitary, monastic figure who hates injustice and devotes himself to helping people who are being victimised.

The script for the movie was penned by Richard Wenk, and Todd Black, with Jason Blumenthal and Steve Tisch producing alongside Alex Siskin, Mace Neufeld, Tony Eldridge, Michael Sloan, and Washington. David Bloomfield will exec produce, with Andrea Giannetti and Hannah Minghella overseeing for Columbia.

Production is set to begin in late spring 2013!

Ed is an entertainment news writer, and founder of TOMORROW'S NEWS. He always keeps a watchful eye on who and what's trending in the entertainment world. His articles focus on tomorrow's news today, including celebrity news, film news, music news and so much more!
NEWER POSTTHE LONE RANGER – Watch The Second Trailer!
OLDER POSTNEW REGENCY To Make SPLINTER CELL Movie With TOM HARDY!