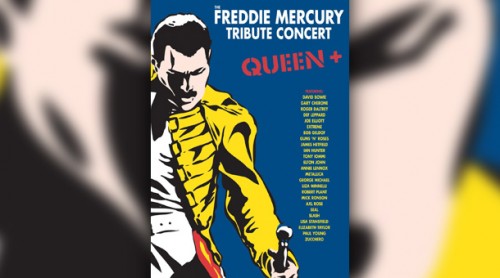 We’ve been inundated with entries to win a copy of this fantastic concert. However as originally stated, there can only be two winners, and they are:

Congratulations to the two deserving winners!

20th April, 1992 – a day which saw the surviving members of Queen (Roger Taylor, Brian May and John Deacon) take to the stage at Wembley Stadium for the start of one of the biggest events in rock history, which the band organised in tribute to their much-loved former colleague Freddie Mercury.

Joining this great band were some of the best musical talent in the world, including Robert Plant, David Bowie, Annie Lennox, Seal, George Michael and Liza Minelli – to celebrate Mercury‘s life and work, and to increase public awareness of AIDS, the disease that had prematurely ended his life in 1991. 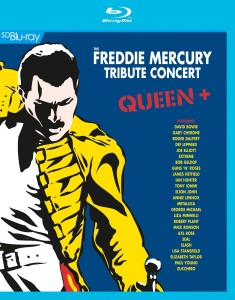 To celebrate the brand new release of this fantastic concert on Blu-Ray, two copies are up for grabs in this competition. To be in with a chance of winning this fabulous prize, simply answer the following question:

What is the name of the actor who was due to play FREDDIE MERCURY in an upcoming biopic, but reportedly exited the project due to “creative differences”?

Fill in your name and contact details using the form below, and don’t forget to include your answer. As usual, please make sure you read the Terms and Conditions beneath the form before entering into the competition.

** SORRY. This competition is now closed! If you entered, have your eyes peeled to your email inboxes, as we will be contacting you shortly! **

Ed is an entertainment news writer, and founder of TOMORROW'S NEWS. He always keeps a watchful eye on who and what's trending in the entertainment world. His articles focus on tomorrow's news today, including celebrity news, film news, music news and so much more!
NEWER POSTABOUT TIME – The Perfect Mix of Sci-Fi, Romance And Comedy!
OLDER POSTWIN: STAR TREK – INTO DARKNESS (2D & 3D Steelbook Blu-Ray)