After meeting a Drug Lord Papi Greco (Edward James Olmos) in Mexico, Bobby and Stig are arrested. Bobby is an undercover DEA agent and reports to Jessup (Robert John Burke). During his meeting with Papi, Bobby was supposed to get some cocaine, however Papi didn’t deliver. Stig at this point has no clue that Bobby is a DEA.

Bobby and Stig decide they are going to rob $3million from Papi so they can prosecute him for money laundering. Stig is an undercover Naval Intelligence Officer and he meets his commanding officer, Harold Quince (James Marsden) and he wants him to kill Bobby so the Navy can use the stolen money for covert operations.  It took me most of the movie to work out who was playing Quince, as Marsden has a crew cut and looked familiar but different.

The day comes to rob the bank and instead of getting $3million they find they have robbed $43 million. Stig follows his orders to betray Bobby and escapes with the money, although he does let Bobby live. Quince them attempts to have Stig killed. Meanwhile Earl (Bill Paxton) interrogates the bank manager quite aggressively to find out who stole the money. 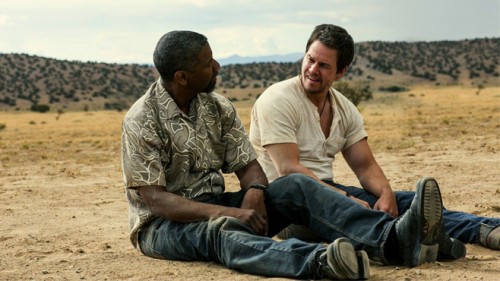 This movie is awesome, there is so much double-crossing going on that you would think you would get lost, but you don’t. There is so much action and bullets, cursing and jokes in this movie that for the 109 minutes of cinematic action you spend a lot of it laughing, and getting on the side of the good guys Bobby and Stig – although they really are bad guys.

Washington is great in this post and I never pegged him for someone who could do a comedic role, but he does and his chemistry with Wahlberg is brilliant on screen. Wahlberg plays a similar goof like character to that of Johnny in ‘TED‘. I know some people don’t think he can act however, I think he will have proved them wrong with this. I have said great chemistry between the leads and comedic timing made this double-crossing, shoot out real fun. I think their onscreen chemistry is so much better than that of the leads of ‘The Lone Ranger‘. This does have a bit of a Lone Ranger twinge to it. Maybe it could be the modern-day Lone Ranger, who knows? 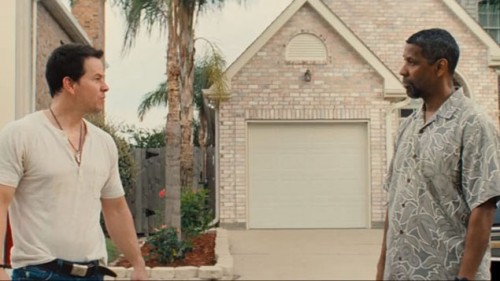 Some great stunts and good scenes and twists and turns give this movie a 5 stars out of 5 from me!

I wasn’t expecting to like this one, as on paper you think, meh, but I thoroughly enjoyed it. This could well be the hit of the Summer. If you are looking for a good film, with action and humour then this is 109 minutes that you won’t be wasting.

Opens this Friday 16th August in the UK, make sure it is not one that you miss on the big screen!

Mark LEGOBear MacKenzie, over and out!

Mark is known to his friends as LEGOBear. He loves LEGO Star Wars and buildings. He is an avid Movie Fan and has a Cineworld Unlimited Card so watches a lot of the latest releases. He is also a friend of the owner of this site so that is why he has gotten involved.
NEWER POSTSOUTHCLIFFE (Channel 4) – Review!
OLDER POSTTHE WOLVERINE – His Claws Are His Master!