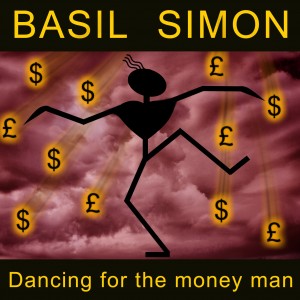 This album is a self-indulgent collection of Basil’s greatest bits produced over the last ten years and really does have some powerful gems in its treasure trove of smooth production. Basil admits that this album is a true artistic, no compromises offering that has not sold out to an often stagnant annoying market! In fact, his work on this album remains true to his personal artistry and genius. Basil Simon would describe himself as a musical philosopher, and puts a big emphasis on the lyrical content of his song writing. He tells us that he wants to communicate his greatest thoughts through his music and offer the listener ideas and observations of real substance. Basil’s album goes beyond that and delivers incredible observations of the world we live in, and the positive thinking he has personally adopted to deal with common human issues. He describes his music as “Sophic”, a brand new genre that is fast emerging for any song that contains real wisdom.

Basil had a traumatic start in life with a childhood riddled with violence, poverty and sexual abuse. Many people eventually sink with the kind of experiences he’s had but Basil describes his personal traumas as his best friends. He learned to see the positive side to everything – he has gone through and as a result become a stronger, wiser human being.

Dancing For The Money Man is in fact the title track. A remarkably well-produced electronic rock composition that really shows off his mature vocal ability, with a lyrical abundance that reflects the current times of hardship as the world suffers economically. It is wonderfully atmospherical with powerful up-front vocals that feel personal and informative. A certain wisdom oozes from the music as it identifies with the sad reality that many of us end up running away from financial challenges into our chosen addictions be it alcohol, cannabis or worse.

Another gem from this album is Life Is A Head Game. Basil says he wrote this after hearing the theme tune by the Alabama Three for the hit TV show ‘Sopranos‘.

He goes on to say:

“I really loved the feel of that piece and wanted to do something that captured the same energy”. This song deals with the subject of information overload in a world filled with political, commercial and trivial spam!”

There is a classic line in this song that says: “Information is the third world war”. How true! The song delivers a dark funky blues rock energy that grows and invades.

The album has many great tracks on it including Angels Lullaby, a huge classical rock anthem created for the Indian Charity Toybank, who deliver old toys from the rich kids to the poor kids in the slums. The track has a unmissable massive timeless strings riff reminiscent in some ways of Bitter Sweet Symphony by The Verve.

Star Among Fools is another song that leaves your brain with musical shadows that won’t leave! This song is a message to anyone who has the ability to manipulate through charm, charisma and has a dark agenda. Dancing For The Money Man has real personality. Each song is very much its own animal. It goes from electronic rock to classical to Hip-hop to pure quirky! It is the type of album you will to listen to over and over again to fully appreciate as you spot new entertaining details you missed before! Without doubt it does not get boring. The album is a definite product of Basil Simon’s passion for life, personal philosophy and music combined.