ANNIE LENNOX Hints New Album May Be Her Last! 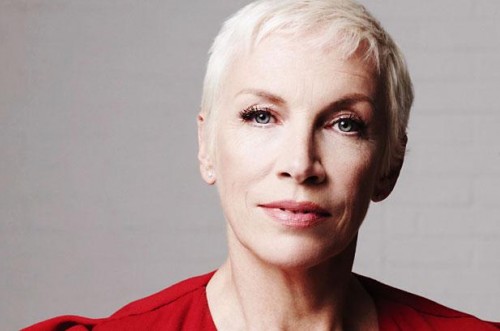 Former Eurythmics star Annie Lennox has given the best hint yet that her new album might be her last, stating that she’s too happy to write new material!

Launching her new release Nostalgia in London earlier this week (8th September 2014), the singer revealed the album looks likely to be her “swan song”.

But when fans at a question-and-answer session voiced their disapproval to the news of her retirement, she appeared to retract her comment by saying:

“Every time I ever made an album with (Eurythmics bandmate) Dave Stewart I always said, ‘That’s the last’. And after that, with my own albums, it was, ‘That’s it! I’m never doing that again’. But I came back to it.”

“It’s thanks to someone who will remain nameless, but who makes me very happy with life these days. A lot of my writing was cathartic because it was a very helpful way to get certain feelings expressed. Misery is a great catalyst for some extraordinary music but you don’t really want to live there 24/7.

Ed is an entertainment news writer, and founder of TOMORROW'S NEWS. He always keeps a watchful eye on who and what's trending in the entertainment world. His articles focus on tomorrow's news today, including celebrity news, film news, music news and so much more!
NEWER POSTJOAN RIVERS To Appear On CELEBRITY APPRENTICE!
OLDER POSTJOSS STONE Asks Fans To Design Her Upcoming Album Cover!