MERYL STREEP: Ageing Is Not “Horrifying!” 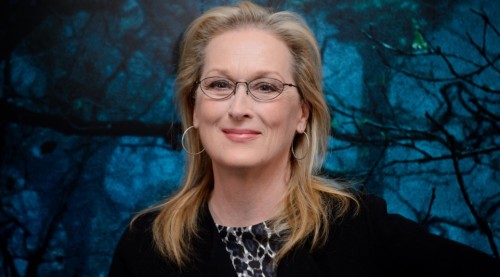 Meryl Streep has spoken how she believes that women are “demonised” for growing older, but concurs that actors should take on “age appropriate” roles!

The 65-year-old Oscar-winner claims she turned down a number of parts in which she was asked to play a witch when she was in her 40s, purely because she doesn’t like the idea of women being portrayed as “horrifying” for growing older.

When asked about why she’d agreed to play a witch in ‘Into the Woods‘ at a press conference for the film at the Corinthia London hotel, she said:

“Also, I just had a political sort of reaction against the concept of witches … Of older women being demonised and age being this horrifying, scary thing.

“I just didn’t go for that. I didn’t like it when I was a little girl and I don’t like it now.”

In the movie, Streep is transformed from a crooked, vindictive old hag into a stunning bombshell when a spell is lifted in the film but she’s confessed she felt more comfortable looking haggard.

“I actually preferred it before the transformation, interestingly. The one who transforms had a lot of make up.”

This comes not long after Russell Crowe said that actresses should “act their age”, and Streep agrees as she is quizzed about Crowe‘s apparently ageist comments.

Ed is an entertainment news writer, and founder of TOMORROW'S NEWS. He always keeps a watchful eye on who and what's trending in the entertainment world. His articles focus on tomorrow's news today, including celebrity news, film news, music news and so much more!
NEWER POSTNew ‘ANT-MAN’ Images Released!
OLDER POSTTOMORROW’S NEWS “KAZZY Awards” – The Best and Worst TV of 2014!