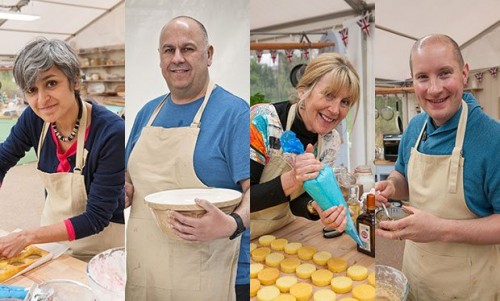 It was quarter-final week and just five contestants remained. They had to tackle ‘Advanced Dough’ (me neither), and strangely, given we should now only be left with only the most talented of the amateur bakers, this week seemed to see a fair view disasters. Chetna was lucky in that the Croatian bread thing she made for the signature dish, was exactly the same as Paul’s technical challenge, so she had a head start. But the likes of Nancy and Martha who are usually consistently good. made a right old stuff up. Especially Martha and her doughnuts at the end.

Richard was voted “Star Baker” for the fourth time, and poor Martha was eliminated. She was trying hard not to cry, but it must be difficult to control your emotions when you’re only seventeen (I’m so old I can’t remember), but she has nothing to be ashamed of, when people who are three times her age have already long since gone; and at least when things went wrong, she didn’t do an ‘Iain’ and throw her cooking into the bin. Give her a few years and I reckon young Martha will be one to watch.

Someone really needs to tell Sue Perkins that her Paul Hollywood sounds more like Paul O’Grady, but it’s funny all the same when someone takes the piss out of pompous Paul; and the simmering hatred between him and Nancy is electrifying. I get the feeling this is purely because one week Nancy forgot his name and called him ‘the male judge’ – get over yourself lah!

I predict the final two will be Richard and Luis – watch this space. 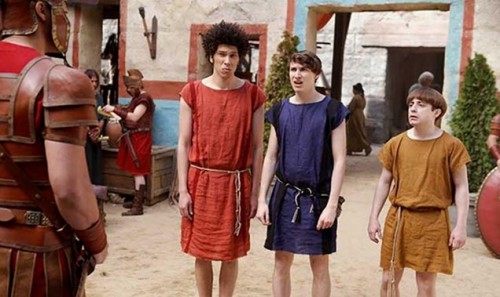 Yay ‘Plebs‘ is back!

Sometimes I watch ‘Plebs‘ and wonder if it is really on an ITV channel. It’s so funny, it should be on BBC3 or E4. I loved the first series and was surprised that it was over-looked in the promotion stakes in favour of ‘The Job Lot‘ and ‘Vicious‘, when it is far funnier than either of them. It’s like a weird mash-up of ‘Blackadder‘ and ‘The Inbetweeners‘, set in Roman times. My favourite character is Grumio, the slave, who is like the bastard child of Baldrick and Shaun Ryder.

We were treated to double episodes this week and the first one started with a cameo from Tom Rosenthal’s dad Jim, who was commentating on a chariot race. Stylax then got it into his dopey head that if he told girls he was a chariot driver, and wore the leathers, it would help him get laid. Naturally this all went wrong. We also had Marcus date a prostitute, which scuppered his chances of wooing Cynthia. Episode two had a cameo from Barry in ‘Eastenders‘ (actual name), who was playing a driving instructor, trying to help Stylax get to grips with the chariot he got from blackmailing Lucia’s husband, who also visited the prostitute. The lads were invited to Waterboy’s stag night, which was as disappointing as I’m guessing a lot of actual stag nights end up being.

I hope ‘Plebs‘ stays on ITV2, as I’ve a feeling if they moved it to the main channel, some of the edginess would be lost and it would become just another boring ITV comedy that doesn’t work, and that would be a shame. Failing that, maybe Channel 4 should snap it up. 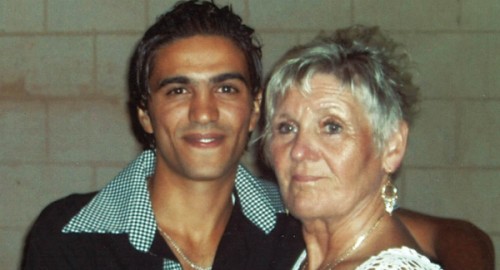 Because this was on ITV1, it was always going to be a bit more balanced and less salacious than the Channel 5 type documentary that focuses on middle-aged women who get duped by men half their age who claim to love them – especially if they can help them get a visa so they can escape from Tunisia/The Gambia/Turkey (delete as appropriate). This documentary had success stories as well as failures. In fact the first couple, Fleur and Ferit met in Turkey and are now happily living in Newcastle and running a successful market stall. Intriguingly, in the case of Ruth and Hasan, it was Ruth, the sixty-something lady who had married a man in his early forties, who dumped him because on visiting him again, in Turkey, discovered he wasn’t as exciting as she’d remembered him.

Dorothy and Raffa were an interesting pair. Dorothy was Kerry Katona in forty years time, and she met a twenty-one year old called Raffa, in Tunisia. Young, hunky Raffa claimed to be madly in love with Dorothy and then dumped her. Whilst I felt sorry for her, it was hard to believe that someone in their seventies would truly believe that a man young enough to be their grandson would think they were the most beautiful woman in the world. Very clever marketing on the part of ITV was when Dorothy was talking, and they had Cilla Black playing in the background. Why not plug one show whilst you’re broadcasting another?

The most interesting story to me was Anne and George. Like Shirley Valentine, she came to Greece, met a man, fell in love and it didn’t work; but she decided to stay. And from this, she had a son and also developed a successful writing career, after giving up her job back in England and writing the novel she’d always wanted to. Now her and George were friends, but Anne was happy, independent and now splits her time between England and Greece.

I hate to think what sort of car crashes we would have been subjected to had the show been on Channel 5, but I’m guessing none of them would have had a happy ending. 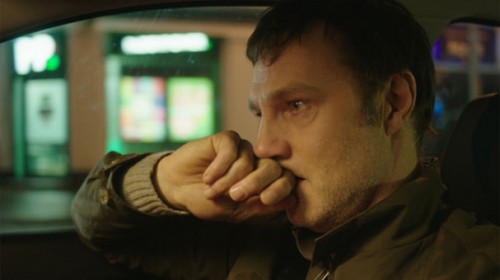 Now anyone who knows me, knows I have a big crush on David Morrissey, so it was a given I was going to watch this new BBC drama. The big man delivers as always (excuse the pun), but the strength of the acting could not carry the drama alone. For me it was badly structured, starting off with a police chase, where Vince escapes from the Rozzers, and then went back four weeks, and we had half an hour of endless drudgery. We didn’t need endless scenes involving colostomy bags, urinating teenagers and vomiting drunks, accompanied by the monotonous sound of Vince’s wife on her treadmill, to bring home the fact that his life sucked.

Things picked up when he met local villain The Horse (played by the very scary Colm Meaney) who gives Vince the job of being at his beck and call so he can go around intimidating other drug dealers and gun running, and after half an hour of nothing happening, we have ten minutes of seeing the excitement Vince gets from living dangerously, before another twenty minutes of him being led back into the dark side. Also, he and his wife and daughter lived in a very smart house, and they hardly smacked of poverty. I would have done it that Vince was also up to his eyes in debt and needed the money to keep the bailiffs away, or that The Horse had some beautiful daughter that Vince got involved with and lured him into a life of crime. As it is, it all seemed a bit insipid. Hopefully now it will pick up that Vince has been implicated in a potential murder.

Karen Mason is a London-based writer. She has published fifteen historical fiction novels and is currently working on her sixteenth. She is also an avid movie goer, with a particular preference for gritty British cinema and a weakness for Jason Statham films! Her music tastes stretch from Muse to the Cinematic Orchestra and she loves discovering new acts.
NEWER POSTMusic Video: THE IMPOSSIBLE – Bisola
OLDER POSTTHAT WAS THE BOX – September 2014 (Week Three)