EUROVISION 2021: Join In The #SWINGALONG 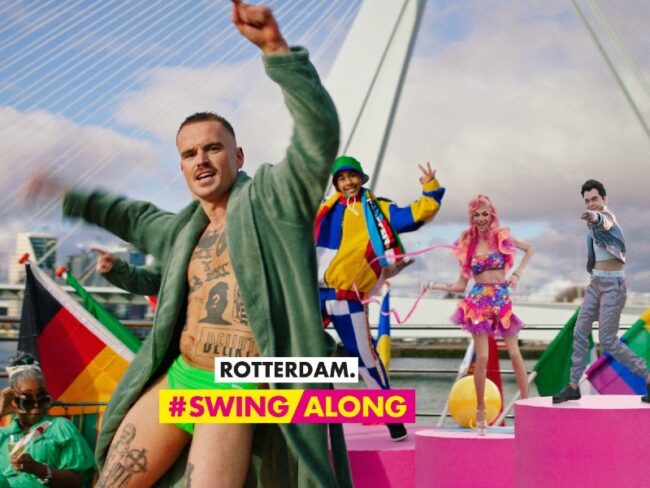 Rotterdam Partners, one of this year’s Eurovision Song Contest sponsors has launched the Rotterdam #SWINGALONG.

Wilbert Lek, director of Rotterdam Partners, said about this initiative:

“With this campaign, we say that we never stand still, not even in this day and age. It shows the dynamism, diversity, and resilience of Rotterdam and inspires for the future when a visit to the city is again possible for everyone. We are really looking forward to that.”

A special filter for Instagram and Facebook has been designed to allow fans to dance at a variety of locations within Rotterdam, thanks to various 360-degree videos of various city landmarks. During the weeks surrounding the Eurovision Song contest, a selection of these dances will be projected at buildings in the Worldportcenter, with a live stream allowing participants to see themselves dancing in Rotterdam.

For more information, head to: https://swingalong.eu/

And why not get ahead of the game, and learn the moves for the special dance:

Ed is an entertainment news writer, and founder of TOMORROW'S NEWS. He always keeps a watchful eye on who and what's trending in the entertainment world. His articles focus on tomorrow's news today, including celebrity news, film news, music news and so much more!
NEWER POSTALFRED MOLINA: “We Were Told Not To Talk About SPIDER-MAN”
OLDER POSTLISTEN: New Song By MICK JAGGER & DAVE GROHL – “Eazy Sleazy”