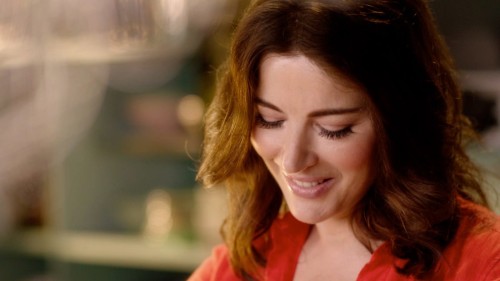 It’s been some years since I watched a cookery programme. I’m not counting ‘Great British Bake Off‘ because that’s a competition. I’m talking about the sort of shows where celebrity chefs in impossibly posh kitchens cook food using ingredients most of us haven’t heard of, let alone could afford. But I decided I would check Nigella out, because she isn’t preachy like Jamie Oliver, or annoying like Hugh Fearnley Whittinstall. Well, she is kind of annoying, but in a different way. All her recent woes (awful husband, cocaine problems, horrible assistants) have left her sounding somewhat battle-weary, and there were times she sounded more like a tipsy aunt at a wedding than a TV cook. Luckily for Nigella, although most of the things she cooked sounded revolting, her beauty and innuendo made the show watchable.

So what did she cook? Well, the first thing was avocado on toast. But this wasn’t any old avocado on toast, this was Avocado on Dinkelbrot (only Nige could cook with bread that sounded like a penis). It’s a German spelt bread – I fear not available from your local Asda – and on it she put mashed up avocado that had been flavoured with chilli and other things that made it sound a bit – ugh. I think if I ate this for my breakfast, the remainder of my day would be spent on the loo. But of course, with Nigella purring on about the sound of scraping Avocados, it was made to sound sensual and more enticing than it actually was.

Next she made a stir-fry, which sounded nice apart from whole shards of cinnamon. Nigella reminded us we shouldn’t eat the shards, but you just know you’d serve it to that one idiot who thought they knew better and would go for it. The reason behind this was Nigella’s recent trip to Thailand where she fell in love with the pink and green food and wanted to bring a Thai flavour to her cooking. What made me laugh was that in these times of austerity, we had soy sauce, thin soy sauce, chicken sauce, and some fancy ketchup thing, when most people are finding it hard to buy a bottle of Heinz Tomato Sauce!

But she wasn’t finished there. We got a gluten-free apricot cake that sounded yummy until she added rosewater; and a cauliflower and chick pea tray bake that sounded nice but would give you terrible wind. Of course Nigella then had to remind us that she likes an implement in each hand because it makes her feel busy (I bet she does).

You’ve got to hand it to her really, she makes no apologies for liking food and playing on her strengths, which is being sexy and a bit rude. She made nothing I’d particularly bend over backwards to eat, but at least she’s not preaching at us to cut down on sugar or that eating puppies is the same as eating beef. It was all a bit of fun, and it’s nice to have a bit of escapism on a boring Monday evening as you wolf-down your pot noodle. 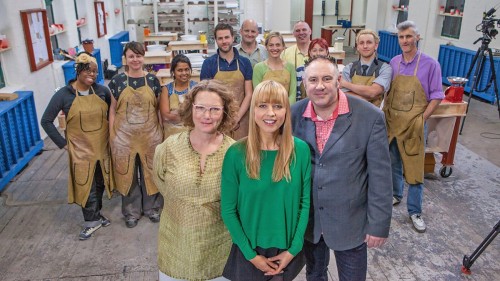 We’ve had baking, we’ve had sewing. Now we have pottery. Made by the same people who brought us ‘The Great British Bake Off‘ and ‘The Great British Sewing Bee‘ (Patrick Grant – sigh…) we have a new competition to find Britain’s top potter. It sounds absolute pants, but I’m guaranteeing that within ten minutes you’ll find yourself wanting to sign up to your local pottery class.

Hosted by Sara Cox, who hasn’t got the same charm as Mel and Sue or Claudia Winkleman, the judges are Keith Brymer Jones and Kate Malone, who are both master potters with wares in shops all over the country. Keith is a larger than life character with interestingly brushed forward hair, and Kate reckons that pottery is better than sex (you’re doing it wrong, love). Our contestants were all very middle class and respectable and no-one was going to cause any controversy (yes I’m talking about you Nadya). There was Jim, the rockabilly painter and decorator; Sally-Jo, the nice posh gal, Major Tom who seems a bit smug but seems to be very good at pottery; James who is handsome and a vet, and quite possibly my ideal man. There’s Jane, who’s a bit scatty, Sandra who’s also a bit scatty, Joanna who is slightly scatty, Matthew, a horribly smug man with blonde dreadlocks, who boasted that his parents were potters and yet he producer mediocre rubbish and was almost sent home. We had Rehka who didn’t seem to think that listening to the brief was part of the process and Nigel, who is a painter and decorator. They are in Stoke-on-Trent, home of the potteries and given that each challenge takes four days, they must have spent weeks there.

But I have to say, it was rather uplifting to see the finished products and how nice most of them looked. At least, unlike Bake Off, it didn’t have me reaching for the biscuit tin afterwards, and next week they’ve got to make bathroom sinks. What is there not to like? 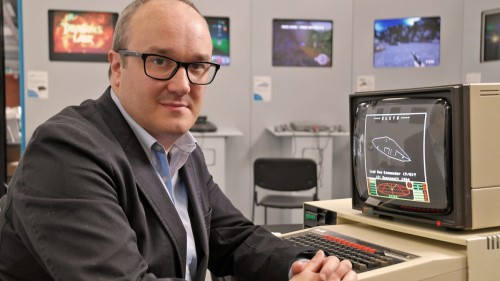 Once upon a time Britain had an empire, and that meant we owned big swathes of the planet and expected people to speak like us and behave like us. We had a couple of wars, lost lots of money, had to let our empire go and went back to being a relatively small island in the middle of the north sea. But what it did leave us with was millions and millions of people who spoke English and understood our culture, and this documentary series explores the theory that we made use of this ready-made audience by dominating the world with our popular culture.

Dominic Sandbrook began by highlighting that one of the main selling points of the opening ceremony of the 2012 Olympics was that Danny Boyle made the most of our popular culture. Let’s face it, one of the things most people remember was Bond and the Queen. One of those people is fictional, even though he has been around for the past fifty odd years and he seems real, he isn’t.

According to Sandbrook, Heavy Metal was invented by Black Sabbath, echoing the industrial background of their Midlands upbringing. I always thought Heavy Metal was inspired by Helter Skelter by The Beatles (still British) but like anything, it’s all open to discussion. What is evident is that Heavy Metal is a very British thing, that was adopted by the Americans later on, and apart from Metallica, the American Metal bands were always like parodies of themselves but ours is grim and aggressive. Some might say, a bit like the Midlands…

It would seem that we have not lost any of our Victorian entrepreneurial spirit, but instead of building ‘things’ we export our culture. People like Brian Epstein, J Arthur Rank, Chris Blackwell of Island Records, and Andrew Lloyd Webber, have all seen a global market for their products and have successfully exported music, films and theatre all around the world. I’m not sure I actually agree with Sandbrook’s assertion that Britain is the most successful exporter of popular culture in the world. Musically maybe, but there is no way our film industry competes with the US.

But dubious assumptions or not, it’s always good to watch old clips and be reminded of just how much we have contributed to the world. John Maynard Keynes desired for a return to British values after the second world war, and I think we succeeded, and you only have to see the fangirling over our British actors to see that especially in the US, our culture is looked upon as something that is to be aspired to. This should make an interesting series and it’s good to see the BBC making something about how much we have achieved as opposed to how we should go around apologising for past mistakes.

Karen Mason is a London-based writer. She has published fifteen historical fiction novels and is currently working on her sixteenth. She is also an avid movie goer, with a particular preference for gritty British cinema and a weakness for Jason Statham films! Her music tastes stretch from Muse to the Cinematic Orchestra and she loves discovering new acts.
NEWER POSTTHAT WAS THE BOX – November 2015 (Week Two) | TV Reviews
OLDER POSTTHAT WAS THE BOX – October 2015 (Week Four) | TV Reviews