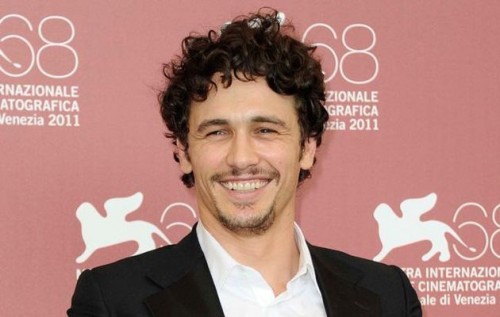 Hollywood star James Franco has joined with Playhouse West to open his own acting school at the Sherry Theater in Los Angeles – according to Deadline!

The 35-year-old actor, director, screenwriter, producer, teacher and author plans to run two classes every week, where he’ll be accompanied by additional guests, and will teach different acting techniques and a number of projects.

The ‘Spring Breakers‘ star – who has taught classes in film-making, movie production and screen-writing in the past – will observe his students while they put on performances and will create potential roles through the use of his production company Rabbit Bandini Productions.

With his already busy life, Franco admits he rarely has any time to sleep. However his hectic lifestyle eventually takes its toll and he “crashes” in inappropriate places. Now that’s Hollywood!

“I don’t need sleep. And then you do enough of those [late nights] and you eventually crash – you know, odd places, on set, or in class, or wherever.”

Despite juggling his many different careers, Franco still has some unfulfilled ambitions that he would like to cross off his list – including the stage.

“I love theatre. I’m actually supposed to act on Broadway in ‘Of Mice and Men’. So I think that’s gonna happen. [And] I’d like to write a play.”

Ed is an entertainment news writer, and founder of TOMORROW'S NEWS. He always keeps a watchful eye on who and what's trending in the entertainment world. His articles focus on tomorrow's news today, including celebrity news, film news, music news and so much more!
NEWER POSTLADY GAGA Reveals Battle With Depression In 2013!
OLDER POSTSHAWN PYFROM Admits He’s Fighting A Drug And Alcohol Addiction!