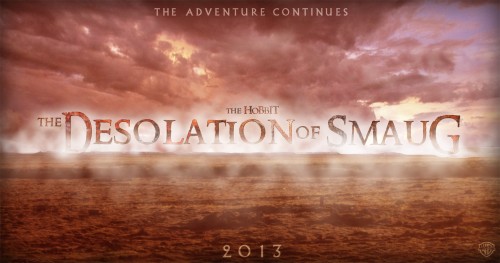 The first teaser trailer for the sequel to Peter Jackson‘s ‘The Hobbit: An Unexpected Journey‘ has been released on the interne, and you can watch it here!

Released on the 13th December, 2013, ‘The Desolation of Smaug‘ is the second of three MGM– and Warner Bros.-produced movies adapted from J.R.R. Tolkien’s Lord Of The Rings prequel novel. It stars Martin Freeman, Ian McKellen, Richard Armitage, Luke Evans & Benedict Cumberbatch as Smaug.

Definitely something to look forward to this winter!

Ed is an entertainment news writer, and founder of TOMORROW'S NEWS. He always keeps a watchful eye on who and what's trending in the entertainment world. His articles focus on tomorrow's news today, including celebrity news, film news, music news and so much more!
NEWER POSTSOPHIE McSHERA To Star In DISNEY’s CINDERELLA?
OLDER POSTBehind the Candelabra – Movie Review