NOW YOU SEE ME – Magically Spellbinding Or Camera Trickery?!?


I have a CineWorld Unlimited Movie card and for weeks they have been emailing unlimited members about a film that has been shroud in secrecy. You got your tickets but no name printed the closest you got to knowing what you would see was in the Classification 12A.

The secrecy continued with clues on their Facebook page. Mostly making you think you could be watching Dinsey’s the Lone Ranger which isn’t due for release in the UK till August. A couple of other releases due all had 12A ratings so it was a little difficult to pin point.

Their hand was revealed at the cinema when the audience realised they had been tricked and you were in fact watching Now You See Me. 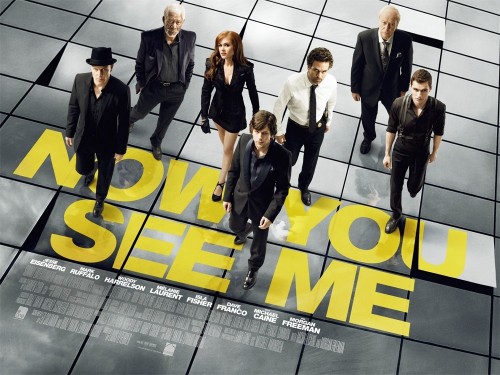 There hasn’t been much around about this film and the posters have only this week gone up in the train stations for a film due out two weeks on Friday.

During their performances, the worlds greatest illusionists known as the “Four horsemen”, pull of a series of daring heists and shower the stolen profits on their audience whilst staying one step ahead of the FBI.

The movie starts with all four performing their tricks separately until they are brought together by all being left a Tarot Card. Shrewd Business man Arthur Tressler (Michael Caine) gives them their very own Las Vegas show. Their amazing finale trick is they will rob a bank  and they choose a member of the audience to help. In the end they manage to shower €3.2 million over their audience which is what they stole from the French Bank as chosen by the audience member.

In comes Thaddius Bradley (Morgan Freeman) to try and expose them by filming their every move. He tries to part his wisdom onto FBI Agent Dylan Rhodes who doesn’t believe in magic. 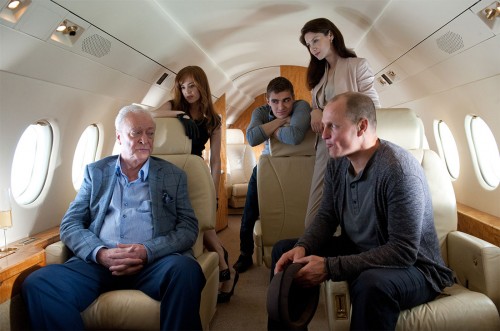 Rhodes tries to capture them at every turn leading him to New Orleans and New York. Assisting him is an agent form Interpol France, who he starts to fall for until he thinks she maybe involved.

A spell binding captivating film from start to finish. Not only do we have amazing illusions there is a car chase thrown in for good measure. The bizzare investigation that ensues where nothing is what it seems. Illusions of grandeur, dark secrets and hidden agendas galore as all involved are reminded of a great truth in this puzzle, the closer you look the less you see.

The film had a tag line of “Come in close, because the more you think you see, the easier it will be to fool you.”

Looking on Flixster and Rotten Tomatoes the critics haven’t been too kind to this movie, probably as it is a little too clever for them.

Me I loved it. It was sharp, well acted, made you wonder how much more they could do to fool you into thinking it was all real. Each trick left you spell bound and just waiting to find out what would happen next.

FIVE YES 5 stars from me, I would give it six if I could. It knocks ‘Welcome to the Punch’ and ‘Trance’ off my top spot for best movie of 2013 so far.

To know just how good the movie is from the start to it’s climax or to see if this review is an optical illusion. You will just have to go and see it with your own eyes, after all – seeing is believing!

Mark is known to his friends as LEGOBear. He loves LEGO Star Wars and buildings. He is an avid Movie Fan and has a Cineworld Unlimited Card so watches a lot of the latest releases. He is also a friend of the owner of this site so that is why he has gotten involved.
NEWER POSTWORLD WAR Z – Review
OLDER POSTThe HANGOVER III – Review!