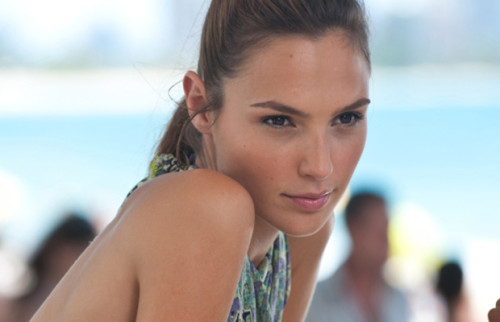 Israeli actress and model Gal Gadot is the gorgeous actress who will star as WONDER WOMAN in Warner Bros. and Zack Snyder‘s upcoming movie ‘Batman Vs. Superman‘!

Gadot has been three ‘Fast & Furious‘ movies, ‘Knight And Day‘ and ‘Date Night‘. She will join Henry Cavill and Ben Affleck as the male leads both don their capes as Superman and Batman, respectively.

It’s great to see an emphasis on casting the supporting characters with bright and upcoming talent – away from the usual big names, as Warner Bros. clearly has two leads already. But yes, if you hadn’t already guessed it, this is all clearly gearing toward the eagerly-awaited Justice League movie, all based on the DC Comics characters.

Speaking about the latest casting of the iconic WONDER WOMAN, Snyder said:

“Wonder Woman is arguably one of the most powerful female characters of all time and a fan favourite in the DC Universe. Not only is Gal an amazing actress, but she also has that magical quality that makes her perfect for the role.

“We look forward to audiences discovering Gal in the first feature film incarnation of this beloved character.”

Ed is an entertainment news writer, and founder of TOMORROW'S NEWS. He always keeps a watchful eye on who and what's trending in the entertainment world. His articles focus on tomorrow's news today, including celebrity news, film news, music news and so much more!
NEWER POSTTHE AMAZING SPIDER-MAN 2 – Brand New TRAILER!
OLDER POSTBBC’s RIPPER STREET Is Axed After Decline In Viewers!