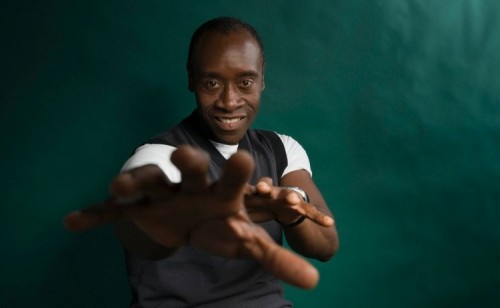 Don Cheadle has launched an online campaign to help crowd-fund his upcoming biopic about Miles Davis – who died at the age of 65 in 1991!

Cheadle said in a statement:

“Most studios don’t make these kinds of movies anymore, so we are doing it independently. I’m personally putting a big chunk of money into our budget as well as putting all my fees back in.

“But the extra money we hope to raise on Indiegogo (website) will help us recreate the multiple time periods we’re dealing with and with the logistics of incorporating all the music. We are excited to get people talking about the movie early, raise awareness, and set into motion the groundswell of support we hope will continue through to the film’s release.”

Cheadle will star as the jazz musician, and he intends to tell a full story which focuses on a few days in Davis‘ life in the mid 1970s, as he makes a return to the music scene. Ewan McGregor will star as the Rolling Stone journalist who shadows him, and Zoe Saldana has been cast as Davis‘ wife Frances.

Check out the video from his project page below:

Ed is an entertainment news writer, and founder of TOMORROW'S NEWS. He always keeps a watchful eye on who and what's trending in the entertainment world. His articles focus on tomorrow's news today, including celebrity news, film news, music news and so much more!
NEWER POSTTHAT WAS THE BOX – June 2014 (Week One)
OLDER POSTEMILY BLUNT In Talks For BATMAN VS SUPERMAN Role?