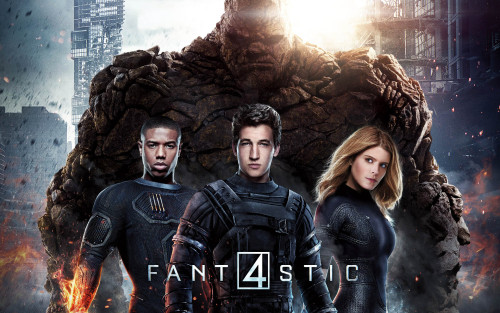 First revealed at this 2015 San Diego Comic-Con event, 20th Century Fox has now officially released the final full Fantastic Four trailer, which you can watch in the below, alongside the brand spanking new international trailer!

Predominantly inspired by the Ultimate Fantastic Four comics, ‘Fantastic Four‘ offers the latest re-imagining of Marvel’s original and longest-running superhero team. The story focuses on four young outsiders who teleport to an alternate and dangerous universe, which alters their physical form in shocking ways. Their lives irrevocably upended, the team must learn to harness their daunting new abilities and work together to save Earth from a former friend turned enemy.

Helmed by Josh Trank, ‘Fantastic Four‘ was penned by Simon Kinberg (‘X-Men: Days of Future Past‘), who also serves as a producer on the movie.

Ed is an entertainment news writer, and founder of TOMORROW'S NEWS. He always keeps a watchful eye on who and what's trending in the entertainment world. His articles focus on tomorrow's news today, including celebrity news, film news, music news and so much more!
NEWER POSTTHAT WAS THE BOX – July 2015 (Week Three) | TV Reviews
OLDER POSTTHAT WAS THE BOX – July 2015 (Week Two) | TV Reviews