Hollywood’s Sequel Syndrome: Is There an End In Sight? 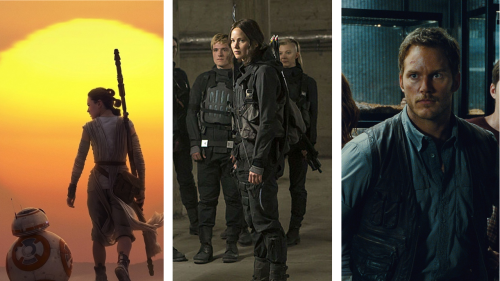 What was the last movie you saw that wasn’t a sequel? How about a prequel? A spin-off? Let’s take a look at the top movies of 2015 and see just how sequel-happy Hollywood was last year.

In order, the top 10 highest grossing movies of last year are ‘Star Wars: The Force Awakens,’ ‘Jurassic World,’ ‘The Avengers: Age of Ultron,’ ‘Inside Out,’ ‘Furious 7,’ ‘Spectre,’ ‘Minions,’ ‘The Hunger Games: Mockingjay – Part 2,’ ‘The Martian,’ and ‘Cinderella.’

You probably read that list counting off sequels in your head. To make sure you got the math right, here’s the answer: seven of the ten movies are sequels, prequels, or a retelling of an old story (in the case of ‘Cinderella’) If you narrow it down to the top five grossing movies, only one is an original story; all four other movies are sequels.

Is That a Bad Thing?

This can be a yes or no question with both options being correct. Sequels at face value are harmless and can be enjoyable. It’s always fun to see characters you love get more time on screen. A common reaction to a good movie is to want to see what happens next, to revisit the characters and tell a new story with them.

In a much larger sense? Yes, this is a bad thing. 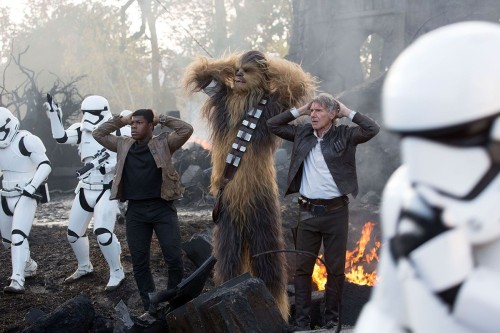 Go back to the top five movies of 2015. ‘Star Wars‘, ‘Jurassic Park‘, and ‘Furious‘ are all older franchises that are still spawning sequels. While the recent ‘Star Wars‘ movie has been a critical success, and the same is true for the other sequels on the list, sequels have a tendency to get old after a while and it’s essentially a question of when can a franchise play themselves out until there’s nothing left to say anymore.

Certain settings lend themselves to sequels, like ‘Star Wars‘. With a large universe and a large potential for new characters and stories, it’s not hard to imagine many ‘Star Wars‘ movies coming out in the future. However, the more narrow a concept and setting, the harder it is to get attached to sequels. Like ‘Furious 7,’ it’s hard to see how they can make so many movies based on very linear concept.

The truth is that after a while, watching people drive fast through windows and on sharp turns can get very, very boring.

You’re welcome to go and see ‘Mission Impossible 25’ or ‘Pitch Perfect 15’ when they come out, but remember this: the less original content that’s put out into cinemas, the less of a pool there is to work from in terms of creative ideas and even potential sequels for stories. Without promoting and supporting original content in cinema, you’re going to see more and more sequels from franchises that will never know when to stop.

Next time you’re at the movies, pick a film that you haven’t heard of before. Go for something new. Why not start expanding your film palette, instead of watching the ninth movie in a series that you know won’t be as good as the very first one(?).

Ed is an entertainment news writer, and founder of TOMORROW'S NEWS. He always keeps a watchful eye on who and what's trending in the entertainment world. His articles focus on tomorrow's news today, including celebrity news, film news, music news and so much more!
NEWER POSTTHAT WAS THE BOX – February 2016 (Week One) | TV Reviews
OLDER POST5 Fabulous Films From 2015 You Might Have Missed