EYE IN THE SKY: “It’ll Engage Your Mind For Days”

DAME HELEN MIRREN stars alongside ALAN RICKMAN in what is sadly his final movie role. 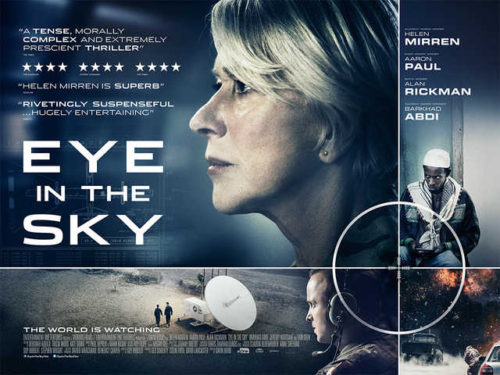 ‘Eye In The Sky‘ is one of film director Gavin Hood‘s best work.
This is actually a war film, but not in the way you’d expect. Instead of gunfire on the battlefield between different sides the battle strategies and decisions are made remotely from miles and miles away using drones and algorithms. Interesting? Absolutely.

Starring Helen Mirren, Aaron Paul, Alan Rickman and Barkhad Abdi, this film gets you interested right from the start and has you engaged and involved in the action throughout.

The hunt is on for members of the terrorist group Al-Shabaab after the Nairobi shopping mall attack. 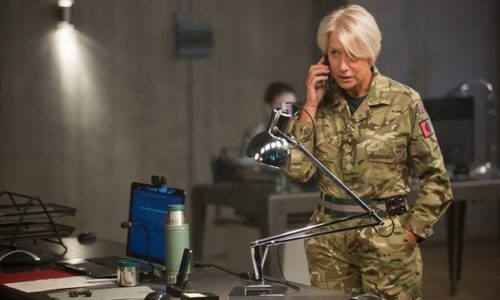 Mirren plays Colonel Powell, who finally locates them hiding out in Kenya. From a bunker in England, she orders a drone strike to take them out, but things get completely complicated when a little girl is spotted selling bread next to the house the terrorist are hiding in. Pulling the trigger will more than likely kill her, an innocent bystander caught in the mix. At the control of the trigger is drone operator Lieutenant Steve Watts (Paul) in America.


This film immediately puts questions and concerns into our minds but does a convincing job of conveying the difficult decisions Powell is prepared to make. 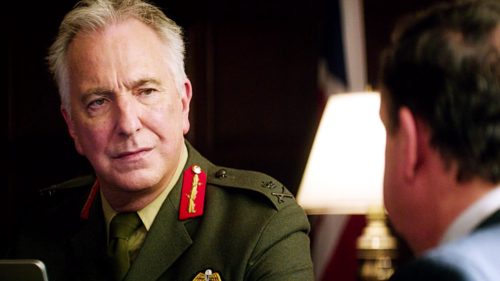 Mirren is great in this film, playing the tough colonel who gets to call the shots. She gives the film a sort of James Bond feel with her position of authority.


Alan Rickman also gives a powerful, thought-provoking performance as Lieutenant General Frank Benson. This film was sadly his last one before he died earlier this year.

‘Eye in the Sky‘ is an edgy thriller that will make you think about it for days and question the morality in using drone warfare. 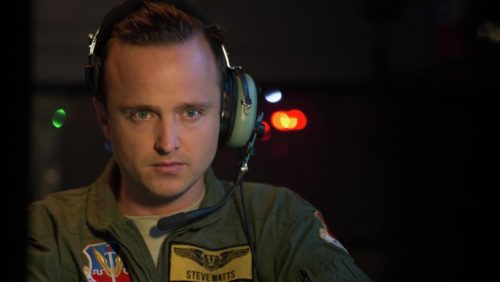 It’s the type of film that not only gets you interested but takes you into the minds of the characters; giving you a first-hand experience of how they must feel having to make serious life or death decisions, in the situation they are placed in.

Khardine Gray writes fun, romantic fiction and is currently working on her second novel due to be published by the end of the year. She loves any film done by Marvel and all super hero films. She also loves thrillers, films with fast cars and action films. In her spare time when she isn't writing you can find her taking full advantage of an ice rink, or any ballet class she can find. Or, simply shopping and enjoying a good pizza.
NEWER POSTX-MEN: APOCALYPSE – “An Adventure That Will Take You Everywhere”
OLDER POSTFRIEND REQUEST – “A New Kind of Scare”