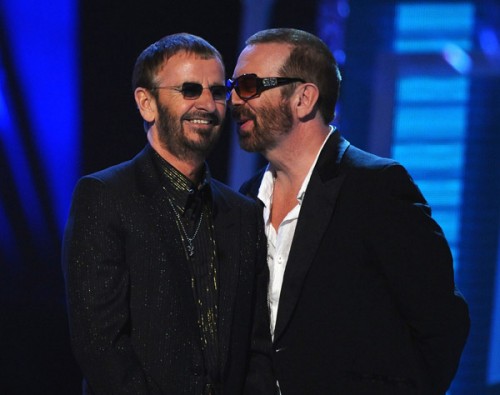 Ringo Starr is teaming up with former Eurythmics star Dave Stewart to write a musical – which they’re hoping to show on Broadway!

The Beatles legend called on his fellow British rocker for help with penning tracks on his new album, Ringo 2012, and their creative output was so high they managed to write an entire theatre show as well. How’s about that for efficiency!

In an interview with Mojo magazine, Starr said:

“Me and Dave wrote a musical, a complete thing – characters, story, a lot of songs. We wrote it for Broadway, but it will more likely end up (as) a movie… and I’m not telling you anything else. It’s about other people.”

Ed is an entertainment news writer, and founder of TOMORROW'S NEWS. He always keeps a watchful eye on who and what's trending in the entertainment world. His articles focus on tomorrow's news today, including celebrity news, film news, music news and so much more!
NEWER POSTPARANORMAL ACTIVITY 4 In The Works?
OLDER POSTCLIVE OWEN – The Face Of BURGER KING?