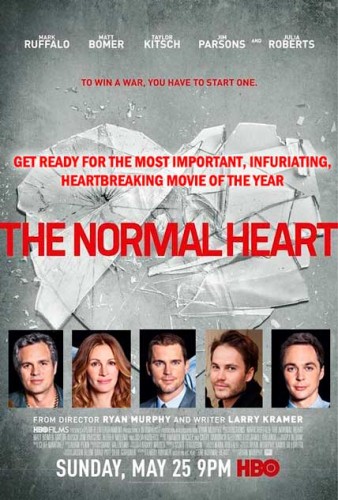 HBO have always been brilliant in releasing hard-hitting subject based programmes. They released five series of ‘Queer as Folk‘ and last year we saw ‘Behind the Candelabra‘ starring Michael Douglas and Matt Damon. This year in 2014 they bring us Larry Kramer’s ‘The Normal Heart‘.

I was lucky enough to see the revived production of ‘The Normal Heart‘ on Broadway in 2011. Hearing talks that the movie version by Ryan Murphy would be coming in 2014 excited me as I think everyone should see this.

In summer 1981, Ned Weeks (Mark Ruffalo), an openly gay writer from New York City, travels to the gay resort community of Fire Island Pines on Long Island to celebrate the birthday of his friend Craig Donner (Jonathan Groff) at a house on the beach. Other friends in attendance include lawyer Micky Marcus (Joe Mantello) and the charismatic Bruce Niles (Taylor Kitsch), who has recently begun dating Craig and with whom Ned is sometimes at odds. Craig is young and appears to be in good health. While walking on the beach, however, Craig feels dizzy and collapses, but quickly recovers. Later, when blowing out the candles on his birthday cake, Craig begins to cough repeatedly.

At the end of the weekend, while travelling back to New York City, Ned reads an article in the New York Times titled Rare Cancer Diagnosed in 41 Homosexuals. 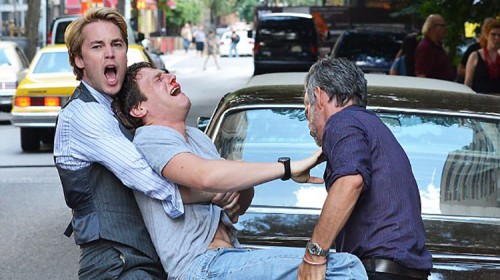 Ned, Bruce, Mickey, and several other friends including Tommy Boatwright (Jim Parsons) establish a community organisation called Gay Men’s Health Crisis (GMHC). The organisation arranges fundraisers for research on the disease that will now be called AIDS and establishes a telephone hotline, counselling, and other services. Many of the organisers believe that Ned‘s attitude towards raising AIDS awareness is too direct and abrasive. Over Ned‘s objections, they choose Bruce as their President. Ned arranges for his older brother, lawyer Ben Weeks, to provide free legal advice to the GMHC. The two brothers are close, but there remains an underlying tension over Ben‘s lack of understanding of Ned‘s sexuality.

The production did not just teach me about the tragic events that occurred in the 1980s regarding gays and AIDS but taught me about love, oppression, and society. What happened in the early 80’s was a genocide, caused by a homophobic Republican government that, to this date, keep fighting to make the members of the gay community in US a second class group. 36 million people died of AIDS because the Reagan administration refused to speak up and help the research.

It was a film that kept me on edge constantly, gripped by the poetic words from Ned (Ruffalo), such a strong, bold and hysterical personality alongside his partner Felix (Boomer), who delivers a gripping performance. 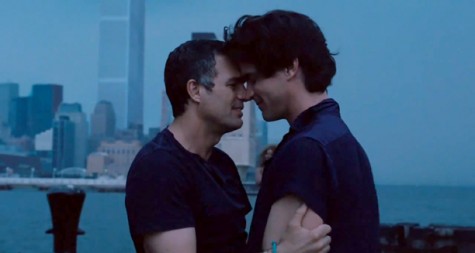 The one scene in the theatre production that stuck with me was when Bruce is telling Ned that his partner died on the plane on the way to see his mother and that he had to pay an orderly £50 to get his body which was wrapped up and thrown out in a trash bag. To see this play out on-screen is just as harrowing as the pictures that you make up in your mind of how this would look.

Joe Mantello plays Mickey Marcus in the film version however on Broadway he was Ned Weeks,and it took me a while to separate this and remember that Mark Ruffalo was Ned. Ruffalo previously said in an interview that he didn’t think he was the right person for he role and that he was so wrong. He was the right actor, and delivers an amazing performance as Ned Weeks keeps ‘The Normal Heart‘ beating, and his final scenes with Matt Bomer are completely moving.

Julia Roberts deserves a mention here too and is back on Erin Brockovich form. Having watched Ellen Barkin pour her heart out and literally tear herself apart on stage on Broadway, it was going to be a difficult act to follow. Jim Parsons was the only one to reprieve his Broadway role as Tommy Boatwright, and again deserves a mention for another gripping performance.

The entire cast portrays the horrors of this time. Do you remember the TV Ads, with the Gravestones that struck you with fear? This film is not just about HIV/AIDS and the fight the group had with the US government to do anything around raising awareness, it addresses multiple issues encountered and fought and neglected as well. 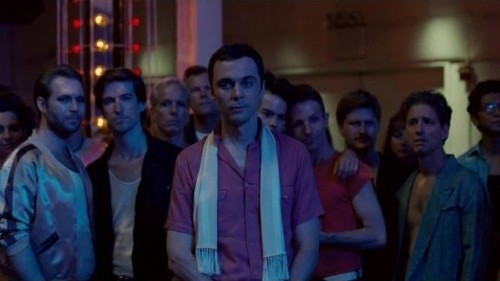 You are going to have a love/hate relationship with Ned and Bruce through-out the production; the characters have been written that way. You understand where they are both coming from and whilst it can seem selfish to start with, you can’t help thinking along the same lines as them.

The prodigious talent of the cast is amazing and truly authentic, and this film deserves any awards that comes its way. It certainly would get my vote!

5 stars out of 5. Exceptional performance all around!

Thank you to HBO, for taking a stance and having the courage to show this sad chapter in LGBT and American History.

Mark is known to his friends as LEGOBear. He loves LEGO Star Wars and buildings. He is an avid Movie Fan and has a Cineworld Unlimited Card so watches a lot of the latest releases. He is also a friend of the owner of this site so that is why he has gotten involved.
NEWER POSTTHAT WAS THE BOX – May 2014 (Week Four)
OLDER POSTTHAT WAS THE BOX – May 2014 (Week Two)