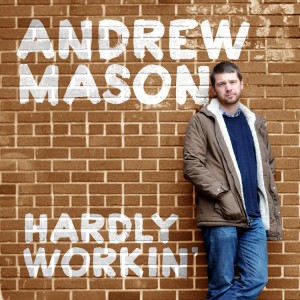 Having being ousted as CEO from GROUPON, it now appears that Andrew Mason has decided to turn his sights to another venture – singing songs about the life lessons that he learned during his time at “one of the fastest growing businesses in history”!

Following the dreadful decline in value of GROUPON‘s shares, Mason was dismissed of his duties as CEO of deal-finding site and apparently went travelling for a few months, whilst thinking of new business ventures and a music album!

Writing about his new music album Hardly Workin’ on his webpage, he states:

“Executives, mid-level management, and front-line employees are all sure to find valuable takeaways. I’ve probably listened to the album over a dozen times now, and with each spin I feel like I learn something.

“..I wrote this album as someone who believes that messages mean different things depending on the time and place they’re delivered.  Try ending your next all-hands meeting with “It’s Up to Us,” for example.”

Make of this what you will, but for those who are curious to hear what Mason did next, click on the link below to hear snippets from Hardly Workin’, or to buy the album – if you feel compelled to do so.

Ed is an entertainment news writer, and founder of TOMORROW'S NEWS. He always keeps a watchful eye on who and what's trending in the entertainment world. His articles focus on tomorrow's news today, including celebrity news, film news, music news and so much more!
NEWER POSTRALPH FIENNES To Star In MY FAIR LADY Broadway Show?
OLDER POSTTeaser Trailer For FLEMING – Starring DOMINIC COOPER!