CAROLE KING To Reveal All In Autobiography! 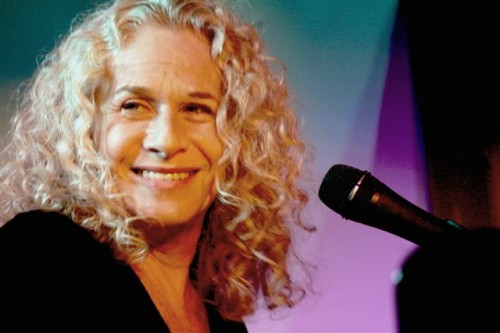 Legendary singer/songwriter Carole King has signed a deal to reveal all in a forthcoming autobiography!

69-year-old King has signed with Grand Central Publishing for a memoir named after one of her most famous songs, Natural Woman, and is due to be released in April 2012.

She wrote or co-wrote such hits as Up on the Roof and You’ve Got a Friend, and she is well-known for singing her own material on the classic Tapestry album, which has sold more than 12 million copies worldwide.

Deb Futter, editor-in-chief of the hardcover division for Grand Central Publishing, said in a statement:

“It will be a thrill to bring her life’s journey to her devoted following who have waited so long to read her story in prose.”

The book will chart King’s upbringing in Brooklyn and her career as a songwriter and musician, and I’m sure movie studios and scribes are already poised to work on the movie version!

Ed is an entertainment news writer, and founder of TOMORROW'S NEWS. He always keeps a watchful eye on who and what's trending in the entertainment world. His articles focus on tomorrow's news today, including celebrity news, film news, music news and so much more!
NEWER POSTSilver Keen To Develop A New BEN 10 Live-Action Movie!
OLDER POSTWinehouse Is Back On Form At Secret London Gig!