Jackman Making A Return To The Musical Stage! 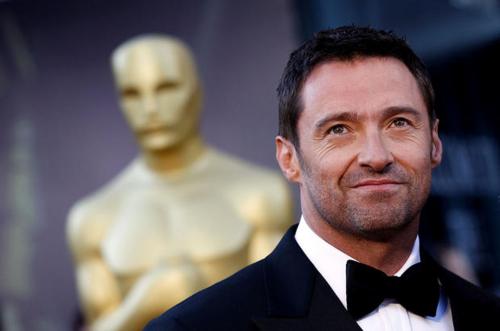 Get your jazz hands at the ready, as ‘X-Men‘ star Hugh Jackman is pursuing his love of musicals by putting on a solo performance in San Francisco!


The Aussie hunk has long been involved with musical theatre, winning critical acclaim and an Olivier Award nomination for his 1998 performance in a London production of ‘Oklahoma!‘, while he has also performed in ‘Carousel‘ and ‘The Boy From Oz‘.

He headed over to Broadway in 2009 to star opposite Daniel Craig in ‘A Steady Rain‘, and now San Francisco is his next stop – to put on a musical show of his own!

Jackman will spend two weeks in May 2011 performing at the city’s Curran Theatre, singing famous songs from Broadway and Hollywood musicals. The show will run from 3rd-15th May 2011.

“(The theatre) proudly presents Hugh Jackman, in Performance at The Curran Theatre for a two week limited engagement (from) May 3-15 in San Francisco. Hugh Jackman will perform his Broadway and Hollywood favorite musical numbers backed by a 17 piece orchestra.”

Ed is an entertainment news writer, and founder of TOMORROW'S NEWS. He always keeps a watchful eye on who and what's trending in the entertainment world. His articles focus on tomorrow's news today, including celebrity news, film news, music news and so much more!
NEWER POSTBRYAN ADAMS Fears For Struggling Young Musicians!
OLDER POSTMoore Hits Back At Obama Over Libya Action!