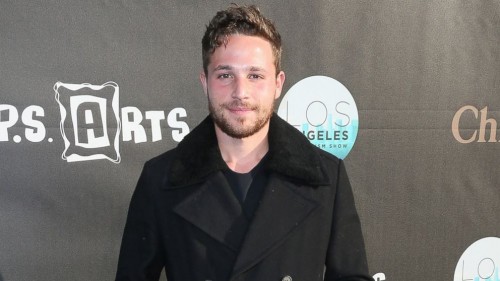 ‘Desperate Housewives‘ star Shawn Pyfrom has opened up about his struggle with drugs and alcohol in the wake of Philip Seymour Hoffman‘s death.

“I just read the news about mr. philip seymour hoffman, and against the advice of others; i had to write this open letter. i can’t stay quiet anymore about this…

“i am an alcoholic and a drug addict. and yesterday i celebrated five months of sobriety. i’m relatively new to being sober, considering the scope of time that i’ve been an addict.

“My head is still spinning from the news. i even question whether or not i should publish this, as i type out these words. but if these words can encourage someone to hold on to their life… to keep from ever using, or to find the strength to stop; then it’s more important that these words are shared.(sic)”

While he doesn’t go into details as to which drugs he’s been using, or for how long, he does describe about they have affected him.

“for several years, i lived for drugs. i lived for other things as well. but drugs dictated the other things i lived for. i thought more about using, than i thought about any other ”pleasures”. i put myself in places i never would have ended up, otherwise, for the sake of getting high. there are countless nights of blacking out, and making poor decisions as a result of my overusing. (sic)”

Pyfrom highlights that he’s felt much better since giving up his vices and now he “wake[s] up looking forward to my days, rather than looking for a way to get through them.”

Check out the rest of his blog post via the link below:

Ed is an entertainment news writer, and founder of TOMORROW'S NEWS. He always keeps a watchful eye on who and what's trending in the entertainment world. His articles focus on tomorrow's news today, including celebrity news, film news, music news and so much more!
NEWER POSTJAMES FRANCO To Open School For Actors!
OLDER POSTBONO: “U2 Are Becoming Irrelevant!”