STAR WARS: EPISODE VII Will Be Directed By J.J ABRAMS! 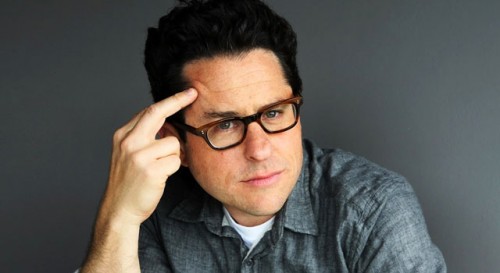 ‘STAR TREK‘ helmer J.J ABRAMS has been picked to direct the next Star Wars movie – according to Deadline.com!

According to a source, they said:

This of course means that ‘ARGO‘ director Ben Affleck, who was widely tipped to get the job, will not be sitting on this adventure set in a galaxy far far away! was also up for the gig!

The seventh installment for the relaunched franchise will be the first brand spanking new STAR WARS movie since the 2005 ‘Episode III: Revenge of the Sith‘, and the script will be written by Michael Arndt. But for now, Abrams will be about to concentrate on various promotional events relating to the other big sci-fi franchise on his plate, which of course is ‘STAR TREK: Into The Darkness‘ – released on the 17th May, 2013.

‘Star Wars: Episode VII‘ is expected to hit cinemas in 2015.

This is probably best news I’ve heard about all this month!

Ed is an entertainment news writer, and founder of TOMORROW'S NEWS. He always keeps a watchful eye on who and what's trending in the entertainment world. His articles focus on tomorrow's news today, including celebrity news, film news, music news and so much more!
NEWER POSTWIN: Limited Edition ‘SKYFALL’ Steelbook And ‘EVERYTHING OR NOTHING’ DVD!
OLDER POSTADELE To Perform SKYFALL Song At OSCARS 2013 Ceremony!