AGYNESS DEYN To Make Her West End Theatre Debut In 2012! 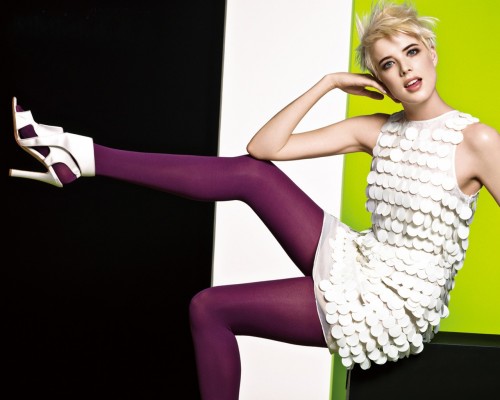 British model Agyness Deyn is set to make her stage debut in London’s Theatreland, in a raunchy comedy role!

The blonde beauty will play a “promiscuous free spirit” in ‘The Leisure Society‘, a production by Francois Archambault.

The play will also star Ed Stoppard and Melanie Gray and the story centres on a self-obsessed ‘yuppie’ couple who find their lives spiralling out of control when they invite a fast-living friend and his promiscuous young lover (played by Deyn) round for dinner.

However the dinner soon turns into a drunken night of debauchery, where almost nothing is off the proverbial table!

‘The Leisure Society‘, which is directed by Harry Burton, is being produced by Hillscape Productions and previews will kick off from the 28th February, 2012 at London’s Trafalgar Studio 2. It will run until the 24th March, 2012, with press previews on the 1st March 2012.

Deyn also featured on the big screen, playing the Greek Goddess Aphrodite in the 2010 movie ‘Clash of the Titans‘.

Ed is an entertainment news writer, and founder of TOMORROW'S NEWS. He always keeps a watchful eye on who and what's trending in the entertainment world. His articles focus on tomorrow's news today, including celebrity news, film news, music news and so much more!
NEWER POSTOLIVIA NEWTON-JOHN Scraps Autobiography Plans.
OLDER POSTMERYL STREEP To Publish Book Of Unused OSCAR Speeches?