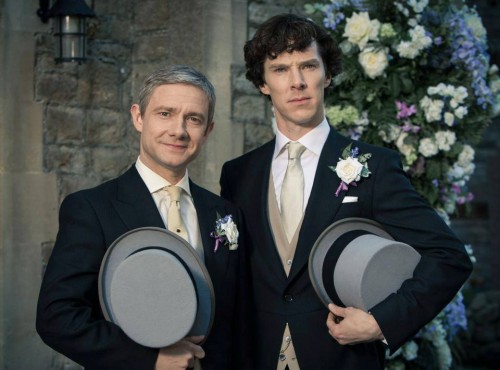 After last week’s epic series opener, ‘The Sign of Three‘ certainly had a lot to match up to. Did it? I’m still not sure. The entire episode was in flashback form, with a seemingly un-connected montage at the beginning of Lestrade and Donovan chasing after a notorious gang and just when they were about to make their arrest, Lestrade receives a text message from Sherlock, seeming as though he is trouble or distress. In reality, he needs help making his best man’s speech for John Watson’s upcoming wedding. From then on, the episode concentrates on the wedding itself, and Sherlock’s rather interesting best man’s speech, where he is part Sherlock Holmes, part Doc Martin and part Roy Cropper (when has the autism spectrum become a sexy subject?). Instead of the usual anecdotes, Sherlock regales them with tales of his and John’s crime solving, and we get flashbacks, including one of the stag night, where for the first time ever, we see Sherlock genuinely drunk. Just when the episode started to feel like a bad acid trip, suddenly it all comes back together when Sherlie realises the crime they attempted to solve whilst drunk, is connected to a guest at the wedding.

There was a touching almost romance between Sherlock and a lovely Irish bridesmaid, and a cameo from a certain naked woman, who is clearly still in Mr Holmes’ head. For some reason, there was a weird moment when Benedict Cumberbatch morphed into Matt Smith’s DOCTOR WHO, but I defy anyone not to get a bit teary when John asks him to be his best man. And finally, the end of the programme reminded me so much of the end of every single episode of ‘The Incredible Hulk‘, I was forced to make a YouTube video marrying the two!

‘The Sign of Three‘ wasn’t as good as ‘The Empty Hearse‘, but it was still head and shoulders above most other programmes on television at the moment, and I know I will be sad come 10pm on Sunday (12th January, 2014) when I realise it will be a long time before our favourite high functioning sociopath will be on our screens again.

Next there was ‘Secrets of the Living Dolls‘ on Channel Four on Monday (6th January, 2014). It was an interesting documentary about a sub-culture I genuinely did not know existed – grown men who dress in latex suits to make themselves look like women. It would seem it’s not so much a sexual thing, more a way some men to express themselves. Many seem to have low-self esteem and becoming this ‘gorgeous woman’ allowed them to feel attractive. Most interestingly for me was seventy year old Robert from California. He lived with his teenage daughter, who he did not want knowing about his hobby (er I think she might know now love), and Sherry, his latex alter-ego who looked disturbingly like Holly Willoughby. 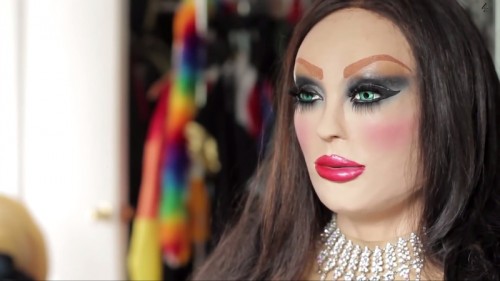 Programmes like this certainly do get you wondering what your neighbours get up to behind closed doors, and even more startling was that these suits were tailor-made for men, so they could look like their ideal woman. Really? Is it true that men want women with long, brightly coloured hair, a death mask face and strange breasts in the centre of their chest that point straight outwards? No wonder I’m single.

Talking of romance, we had ‘The 7:39‘, a drama scripted by David Nicholls, writer of One Day and the wonderful Starter for Ten. This one starred David Morrissey and Sheridan Smith as a pair of commuters who are drawn into a Brief Encounter style affair. Morrissey plays Carl, a middle-aged man in a boring job, with a horrible boss, a ghastly commute into work, grasping teenage kids and a wife who, while lovely, obviously takes him for granted. Smith is Sally, a sparky girl who runs a gym and is engaged to hunky beefhead Ryan (Sean Maguire), who is obsessed with getting her pregnant, whilst being a total groomzilla about their upcoming wedding. 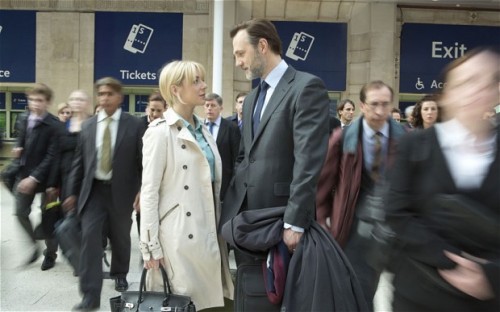 Bored with their lives, Carl and Sally are drawn together after an initial spat on a train to London and what evolves into friendship, soon becomes something deeper. Both leads are fantastic actors, so it was easy to be drawn into their story, and Nicholls writes in such a realistic way, you automatically relate to everything that is happening. I noticed some similarities in characters in all Nicholls stories – Carl himself is rather hapless and romantic like Brian in Starter for Ten; his horrible boss is a carbon copy of Patrick Watts – head of the University Challenge Team. Even Sally herself was sparky and witty and very similar to both Rebecca in Starter for Ten and Emma in One Day. There was even the attempt at passion that goes wrong, which happens in both the other films too. But this is in no way a criticism. Nicholls is a fantastic writer, and whilst the story does reek a little of ‘middle-aged man’s fantasy’, and Sally and Carl travel on the only trains in the South East that have spare seats; it was thoroughly enjoyable. I just wish they had made more of Olivia Colman. She is a wonderful actress and didn’t come into her own until the last half hour of the programme. But I would totally recommending catching ‘The 7:39‘ on iPlayer (see what I did there?).

‘The Voice‘ is back. I’m very cynical about this programme as it has produced even less stars than the first two series of ‘The X Factor‘. The Beeb has had the sense to reboot it, and the rather irritating and hyper Jessie J and Danny ‘who’ O’Dongahue have been replaced by Kylie Minogue and Ricky Wilson from The Kaiser Chiefs who has gone from a slightly chubby, cute ginge, to a sort of Danny O’D clone. Sir Tom Jones is still there and unfortunately so is Will.I.am. Presenting duties have now been handed over to Emma (does she ever go home?) Willis, and Marvin (JLS) Hulmes. The show opened with the judges singing KC’s I Predict a Riot with Sir Tom’s big lion roar rising above everyone else. 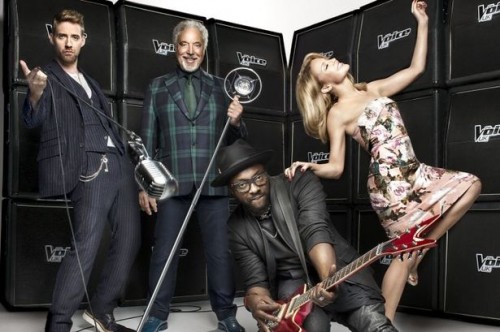 Stand out contestants for me were Danielle, the obligatory single mum and her cute little girl. No-one turned around for Danielle, but she did get to bring her little girl out and she got to sit on Will.I.am’s chair and turn around. There was the obligatory kook, a girl called Anna McLuckie who sung the aptly named Get Lucky by Daft Punk – accompanied by a harp (?). She was chosen by Will.I.am who does seem to like quirky ones. A new addition to ‘The Voice‘ was the one who doesn’t stand a chance, a woman called Tara who works as a Nessa from ‘Gavin and Stacey‘ look-a-like (is there really a call for that in 2014?). Her voice was average, and no one turned around. Never mind, when the Nessa work dries up, she could work as a Cheryl Fergison look-alike.

There were a couple of sixteen years olds – one was a baby Gary Barlow (didn’t go through) and a Pixie Lott look-alike who did an impressive acoustic version of Sexy and I Know It. Biggest sob story of the night was an older lady called Sally who was a singer in her youth and gave it up to have her family, but was widowed at just 42. She had a beautiful voice and reduced Sir Tom to tears, and he put her through.

Finally we had Leo who used to sing with The Streets. He gave a nice performance, and Kylie flirted with him, and I think she was more pleased that he chose her over Sir Tom, because she fancied him rather than looking forward to coaching him. But good on her – nothing wrong with a toy boy!

Kylie’s a great addition to the show. She’s playful and funny and not as “me me me” as Jessie J. I will still keep an open mind about the rest of the show, as I’ve seen it start on a high before and go downhill, but here’s hoping they’ve learnt from the mistakes of the past.

Karen Mason is a London-based writer. She has published fifteen historical fiction novels and is currently working on her sixteenth. She is also an avid movie goer, with a particular preference for gritty British cinema and a weakness for Jason Statham films! Her music tastes stretch from Muse to the Cinematic Orchestra and she loves discovering new acts.
NEWER POSTThe 71st ANNUAL GOLDEN GLOBE AWARDS – The WINNERS!
OLDER POSTTHE BOOK OF MORMON – Controversial, Hilarious and Thoroughly Entertaining!