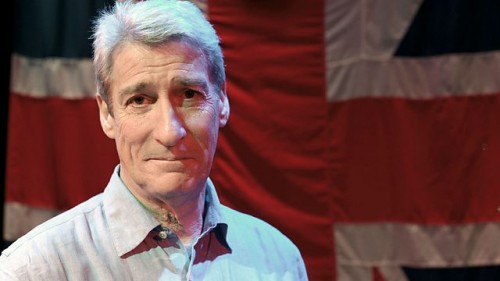 This year sees the 100th anniversary of the start of the First World War, and BBC in particular are marking it with a series of programmes centred around the conflict. First up is this documentary series presented by Jeremy Paxman about the effect of the war, both at home and in the trenches. This week’s opener concentrated on the early days of the war and interestingly pointed out that rather that politicians being gung-ho and warmongering, as is often portrayed; in the days leading up to the start of the conflict the men in power were seen openly weeping in fear of what would happen. Another fascinating fact was how, as we became more and more desperate for troops, men from British India were recruited to fight and were brought back to England when injured, and treated in the very Indian-looking Brighton Pavilion.

The last WW1 programme produced by the BBC that I watched, was hosted by Andrew Marr, who always has sort of theatrical way of presenting, rousing our emotions and making us feel we are there as the events are happening.But Paxo’s approach is laid-back to the point of sneering. His interview of Violet Muer, a 105 year old lady who remembered the shelling of Hartlepool at the beginning of the war, is nothing short of a Monty Python sketch, as Paxman shouts his questions – when the old lady seems perfectly capable of hearing him, and if she doesn’t answer him, it’s because his question is so banal. There was also an interview with Julian ‘Downton Abbey‘ Fellowes, who is a descendent of Kitchener, the army general who was in charge of encouraging young men to volunteer. Fellowes paints his ancestor as a moral man who had his country’s well-being at heart. That’s different to the Lord Kitchener I studied in A-level History…

As a historian, I found the programme interesting and informative in parts. But I didn’t find anything in it which would attract a younger audience; and surely programme makers have a responsibility to make these commemorative programmes interesting to those youngsters who probably have never had a living relative who remembers the First World War. I would imagine if I was a about twelve, I’d find ‘Horrible Histories‘ far more appealing. 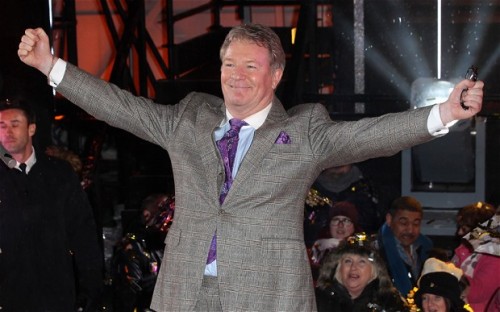 Shocking to think that when this series started, I was sceptical about how interesting it would be, given the calibre of the guests (many I had never heard of). But, we’ve had the Lee/Jasmine/Casey love triangle – the highlight of which being when evicted Jasmine returned to the house as part of a task, confronting Lee like something from a scene in ‘Dynasty‘ circa 1985. We’ve also had Dappy and his love affair with his gigantic penis (obviously where all the blood flow goes to), and biggest shock of all, is that a whole nation now feels sorry for Jim Davidson. Linda Nolan has got to win the award for the touchiest person on the planet (second place is her sister Colleen who was positive that Julie Goodyear was waging a hate campaign against her in CBB back in 2012, when the old bag was actually being two-faced and spiteful to everyone). Unless it is incredibly clever editing, it would seem that every time Jim has tried to build bridges with Linda, she shot him down in flames. Even an innocuous comment about Cherry Brandy turned into a full-scale argument. Yes, what Davidson said about Linda’s husband stealing from Frank Carson’s dressing room was wrong, but it was brought about by Linda’s constant sniping and goading.

Personally, I’m not a hundred percent convinced by Jim’s change in character, and I get the feeling a lot of the time, he was playing a game. It’s hard to believe this is the same Jim Davidson who bullied Brian Dowling on ‘Hell’s Kitchen‘, who was sitting with bisexual Ollie Locke, asking him if he had a boyfriend, and claiming not to be worried about it. Homophobes rarely change their spots, but who knows what Jim’s brush with the law last year did to his ego and the way he looks at the world? At the end of the day, he was an excellent housemate – conniving or not, and personally, he deserved to win, just for putting up with that miserable old boot Linda Nolan having a go at him all the time.

This has been the most explicit series of ‘Big Brother‘ I have ever witnessed, and some of the conversations have even made me blush and I’m pretty unshockable. It has also been a real battle of the sexes, on so many levels. From Jim being unable to comprehend why Luisa thinks it’s wrong for a man to expect a woman to iron a shirt; to Lionel being disgusted with Jasmine talking frankly about sexual acts, and yet thinking nothing -when taking part in the porn task – of telling someone to ‘suck his d*ck’. What appeared to be a rather lame bunch of housemates in the beginning, turned into TV gold. The ratings have gone through the roof and Channel 4 (who have the woeful ‘The Jump‘ – a programme I was going to review but couldn’t be bothered on account of it sounding so boring) must be kicking themselves for letting ‘Big Brother‘ go. This series is going to whet people’s appetite for the summer season starring ‘civilians’ and if they get the housemate mix right, I reckon Big Brother will continue on its upwards trajectory.

I suspect, due to the controversy over ‘Celebrity Big Brother‘, the furore has died down over Channel 4’s look at life in James Turner Street in Birmingham, where only five percent of the residents work for a living, the rest relying on benefits. This week’s show concentrated on the relationship between parents and their children, and started with White Dee (and her ever-changing hairstyle) finding it quite strange that Caitlin, her fifteen year old daughter with the impossibly deep voice, actually wanted to work for a living. During the show, Caitlin started work experience at the local leisure centre and decided that she enjoyed working, so there is hope that, as the tabloids would like you to believe, the benefits culture is not hereditary.

We also met S.B, a beautiful young woman who is the mother of two; bringing her kids up on benefits and dreaming of becoming a model, in order to give them a proper life. While she no doubt had the looks and figure to achieve her dreams, her view on life was rather naive – believing that if she went to America she would somehow automatically be spotted. Not aware that many would-be models in the USA end up in pornography and prostitution. We saw her attending a rather shabby modelling audition, whilst helping her young son find some sort of stability in his life, after they had both been damaged by the domestic violence she suffered. By the end of the programme S.B had taken a job in a take away, but was dreaming of entering ‘Britain’s Next Top Model‘. Whether she’ll make it, who can tell? But at least she has ambition, which is more than some of the residents of the Street have, who’ve clearly given up hope.

Which brings us to Funghi. He of the strange name. The heroin addict who has little to show for his life – a house which looks more like a scruffy second-hand shop, complete with broken bathroom. He hasn’t seen his children in years, due to his putting his heroin addiction before his fatherly duties. If anyone has read the book Stuart A Life Backwards, then Funghi’s story will seem very similar to Stuart Shorter’s – the rambling drug and alcohol addict who has battled with abuse and homelessness. Hopefully, Funghi’s story won’t end so tragically, although it was heartbreaking to see his hopes of seeing his son dashed by his adoptive parents.

We also saw Mark of Mark and Becky – the couple of adolescents with a two kids, going to the food bank only to find out that because the application was in Becky’s name, he had to return home and she would have to go and get it. It’s hard to feel sorry for Mark and Becky, as they are guilty of benefit fraud, and not representative of a lot of people who are reliant on food banks. But overall, I still don’t understand the controversy about ‘Benefits Street‘. Places like this exist. Let’s not sweep it under the carpet. In fact, watching it made me want to volunteer at a food bank. So maybe some good can come out of it.

Karen Mason is a London-based writer. She has published fifteen historical fiction novels and is currently working on her sixteenth. She is also an avid movie goer, with a particular preference for gritty British cinema and a weakness for Jason Statham films! Her music tastes stretch from Muse to the Cinematic Orchestra and she loves discovering new acts.
NEWER POSTPHILIP SEYMOUR HOFFMAN Found Dead – Aged 46!
OLDER POSTRITA ORA Says FIFTY SHADES OF GREY Role Will Be An “AMAZING SHOCK”!